ST. LOUIS (AP) — Jordan Kyrou and David Perron each scored twice, Jordan Binnington made 28 saves in his first start this postseason and the St. Louis Blues beat the Minnesota Wild 5-2 on Sunday to even the best-of-seven Western Conference series at 2-2.

Ryan O’Reilly added a goal and two assists, and Perron also had an assist for St. Louis.

Game 5 is Tuesday night at St. Paul, Minnesota, before returning to St. Louis for Game 6 on Thursday.

Kyrou and Perron scored 54 seconds apart in the second period to break a 1-1 tie., 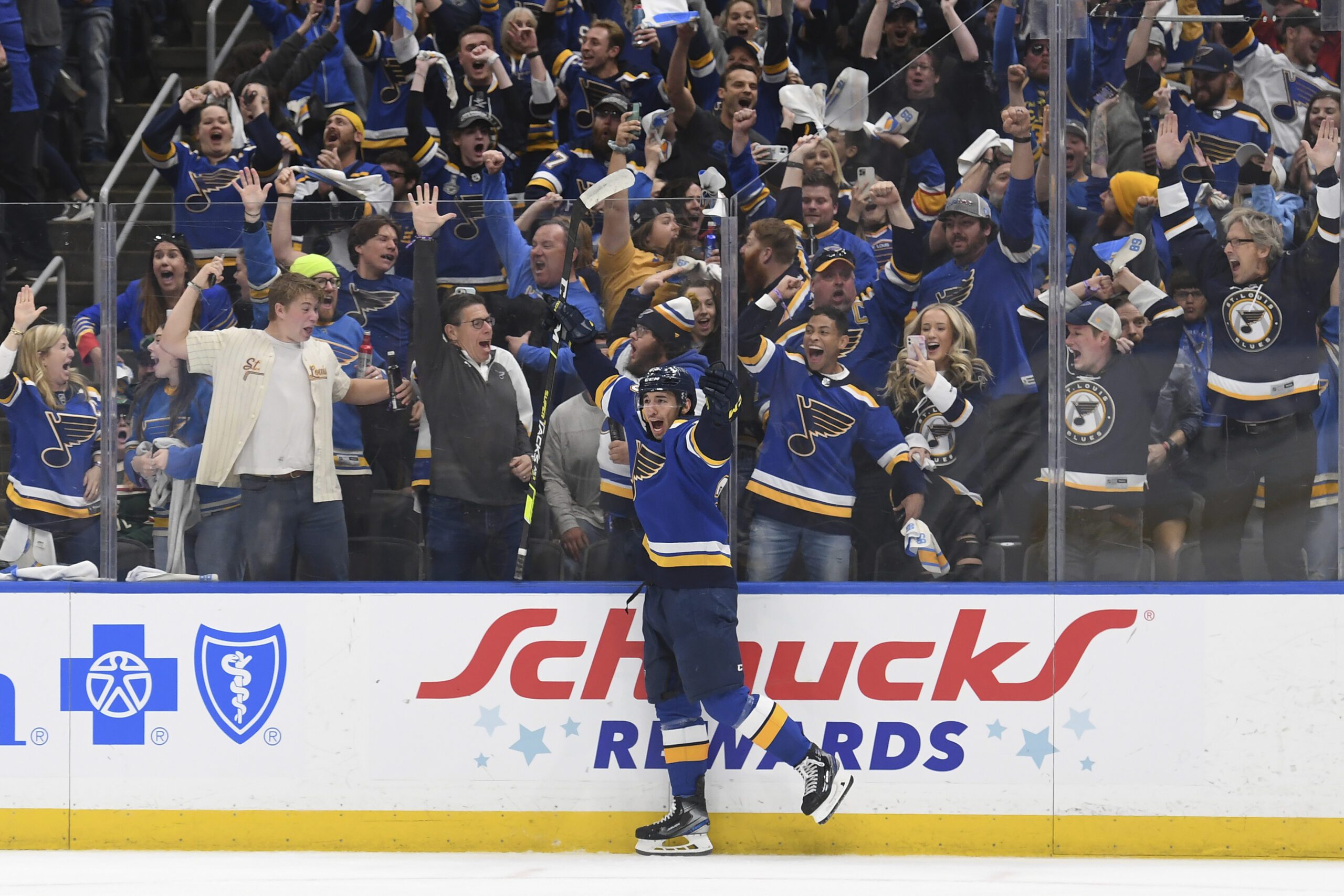 Perron converted the go-ahead score on a shot that squeezed past Fleury towards the net. Minnesota forward Marcus Foligno tried to keep the puck from rolling across the line, but he flipped it off the back of Fleury and into the net.

Kyrou got his second of the game to push the lead to 3-1 with a shot off a pass from Ryan O’Reilly, who assisted on both second-period goals.

Boldy cut the deficit to 3-2 by scoring off a scramble in from of the net 2:39 into the final period.

Perron added an empty net goal with 1:58 remaining, and O’Reilly had a power-play goal with 1 minute left to cap the scoring.

Binnington, who had lost his previous nine postseason starts, picked up his first playoff win since beating Boston in Game 7 of the 2019 Stanley Cup Final. He denied Kaprizov from point-blank range late in the second period. Binnington also stopped Mats Zuccarello on a 2-on-1 breakout midway through the final period.

Binnington had been supplanted by Ville Husso, who have up nine goals on 59 shots combined in Games 2 and 3 after shutting out the Wild with 37 saves in the opener.

Coach Craig Berube said he went with Binnington as a hunch.

St. Louis struck first when Kyrou pounced on his own rebound just 4:19 into the game.

Kaprizov tied it 1-1 with his fifth goal of the series off a pass from Jared Spurgeon with 5:54 left in the opening period.

Kaprivoz, who recorded the first hat trick in postseason franchise history in Game 2, was wide open in the slot. His five goals ties him with Wes Walz and Marian Gaborik for most goals in a series. Walz and Gaborik each scored five times in the 2003 Western Conference semifinals against Vancouver.

The Blues were without defensemen Torey Krug (lower body), Nick Leddy (upper) and Robert Bortuzzo (upper). They also lost Marco Scandella with an injury early in the first period. Scott Perunovich made his first appearance since Jan. 15. Rookie Steven Santini made his playoff debut.

Minnesota and St. Louis are two of just four teams to have made the playoffs nine times in the last 10 seasons. Pittsburgh (10 times) and Washington (9) round out the list