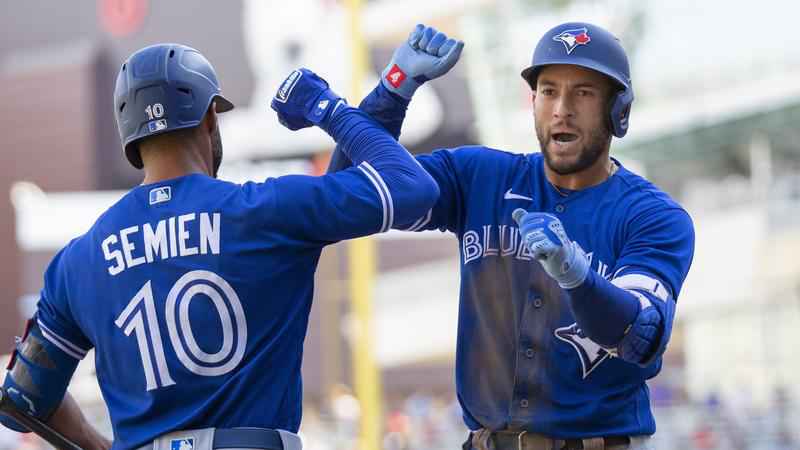 Toronto will enter the final week two games back for the second AL wild card. The New York Yankees and Boston were tied for the wild-card lead heading into their game on Sunday night.

Alek Manoah (8-2) won his third straight start, giving up two runs and six hits in 5 2/3 innings with eight strikeouts and two walks. The rookie has 25 strikeouts in his last three outings.

Manoah and three relievers combined to strike out 15.

Griffin Jax (3-5) gave up four runs and six hits in five innings as the Twins lost their second in a row following a four-game winning streak.

Jansen homered in the second after a pair of one-out bloop singles by Corey Dickerson to left and Santiago Espinal to center.

Jake Cave hit an RBI single in the bottom half.

Springer homered in the fifth, a drive that like Jansen’s went into the bullpen in left-center field. Both players put on Toronto’s home run jacket — the Blue Jays have hit a major league-high 248.

Teoscar Hernández hit an RBI double in the eighth and leads the major leagues with 112 RBIs, including a big league high 64 since the All-Star break.

Byron Buxton homered in the fifth, his career-best 16th in just 55 games this season.

Twins: RHP Joe Ryan, who was placed on the bereavement list on Saturday, is scheduled to return to the rotation Thursday when he’ll start against the Detroit Tigers. “We don’t want him coming back and rushing him back into his start off of just playing catch while he’s away,” manager Rocco Baldelli said. “We want to make sure he’s able to settle in, throw a bullpen at some point when he returns and be ready to go.”