Former Gophers guard Payton Willis has had a busy week, working out for the Timberwolves and Grizzlies. He had workouts for the Warriors and Hawks in May, hoping that some NBA front office is willing to take a chance.

Our Darren ‘Doogie’ Wolfson caught up with Willis, via Zoom, to hear about the pre-draft process, how his workout with the Timberwolves went, and what he feels about the Gophers’ future.

***Click the video box above to watch our conversation with Willis***

Willis was second on the Gophers in scoring at 16.1 points per game during the regular season. He also led the Big Ten in three-point efficiency at 43.2 percent.

Whether in the NBA, G-League, or overseas, wherever Willis lands, his elite shot-making from long range should translate. 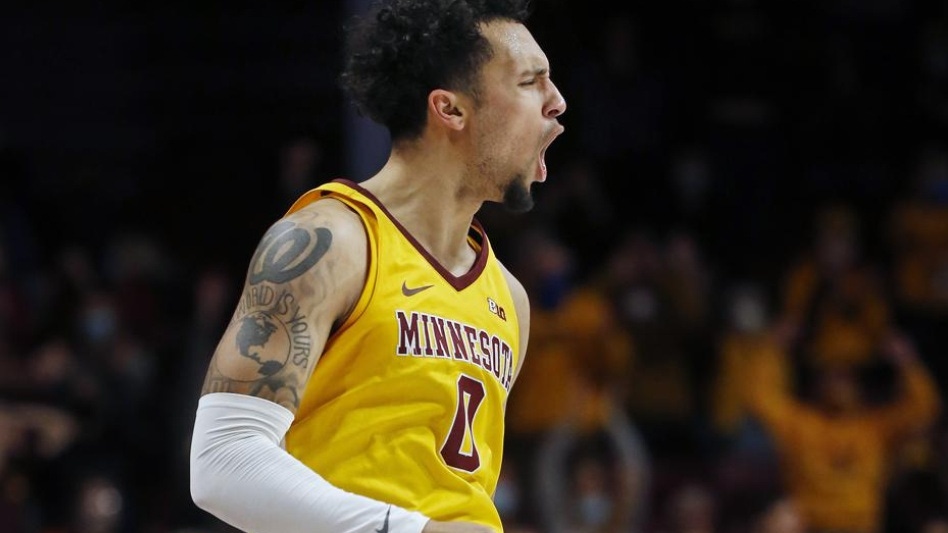 AP FILE Photo: Former Gopher Payton Willis is hoping to latch on with an NBA team. The Draft is June 23.