Gophers WR Autman-Bell out for season

The University of Minnesota football team is 3-0 on the season but was dealt a serious blow on Saturday.

Wide receiver Chris Autman-Bell left Saturday’s game against Colorado in the second quarter after trying to catch an errant pass. He fell to the ground and didn’t put any weight on his right leg as he left the field.

Monday, the program announced that Autman-Bell will undergo surgery and miss the rest of the season due to his injury.

Autman-Bell led Minnesota in several receiving categories last season, including receptions, receiving yards and receiving touchdowns, despite missing two games. After the season, he was named an All-Big Ten Honorable Mention by the media. 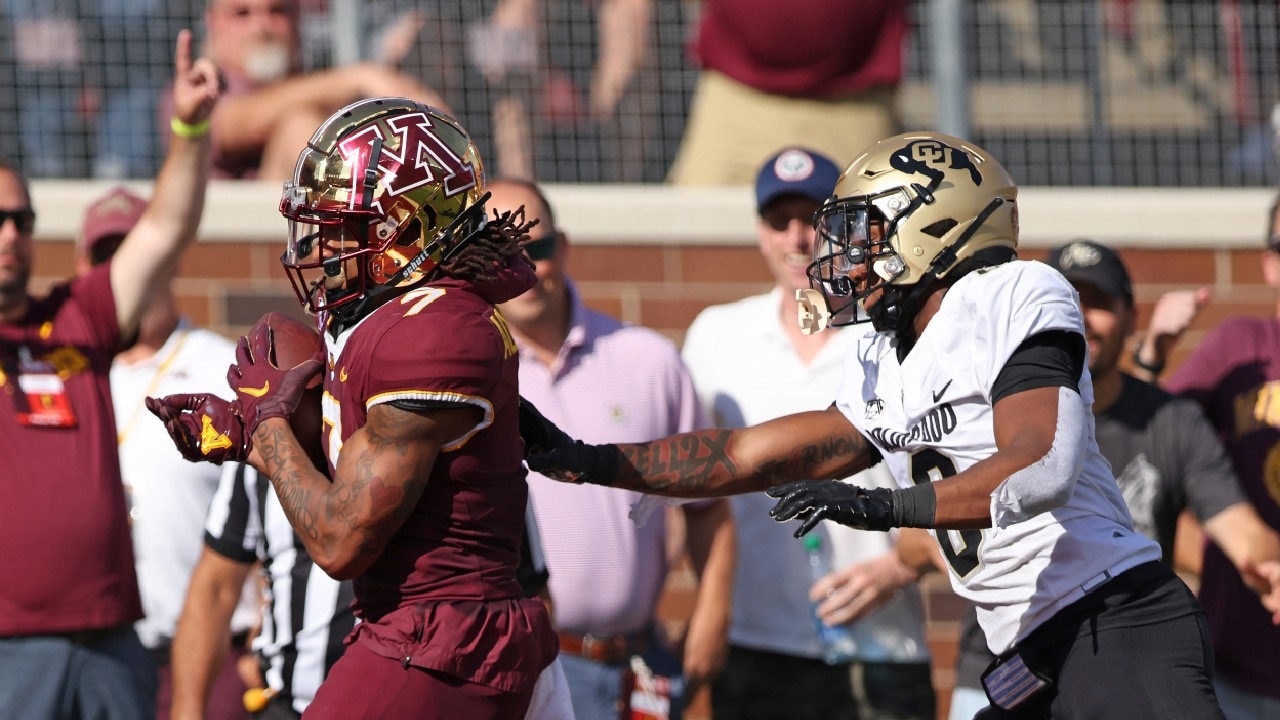 Minnesota wide receiver Chris Autman-Bell (7) carries the ball into the end zone for a touchdown against Colorado during the first half of an NCAA college football game, Saturday, Sept. 17, 2022, in Minneapolis. (AP Photo/Stacy Bengs)

He also came into this season ranking 12th in school history in catches, ninth in yards and tied for 13th in touchdowns.

The Gophers intend to seek a seventh year of NCAA eligibility for Autman-Bell but it’s still unclear whether he’d want to use it, if granted.