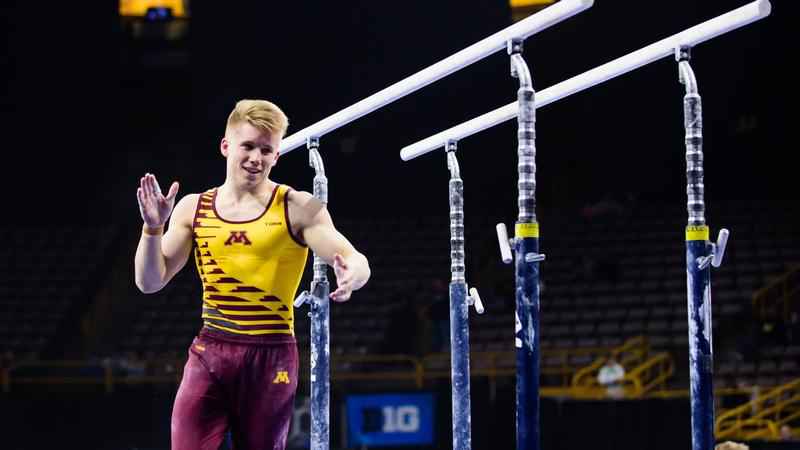 Shane Wiskus was named as the 2021 recipient of the Nissen-Emery Award, which is awarded to the nation’s best senior collegiate gymnast, the CGA announced Thursday during the CGA Virtual Awards.

Wiskus is now in elite company as the 56th recipient of the award, and only the fifth Gopher to ever receive the honor. The last Gopher to earn the award was in 2015, when 2-time NCAA pommel horse champion Ellis Mannon captured the award.

Other Nissen-Emery Award winners for the Gophers include Guillermo Alvarez in 2005, John Roethlisberger in 1993, and Tim LaFleur, who was the first member of the Maroon & Gold to win the award in 1978.

"This is truly a special night, not only for Shane, but for the entire Gopher gymnastics program," head coach Mike Burns said. "This is our fifth recipient in program history, and we continue to exude excellence even in the final hours of our program."