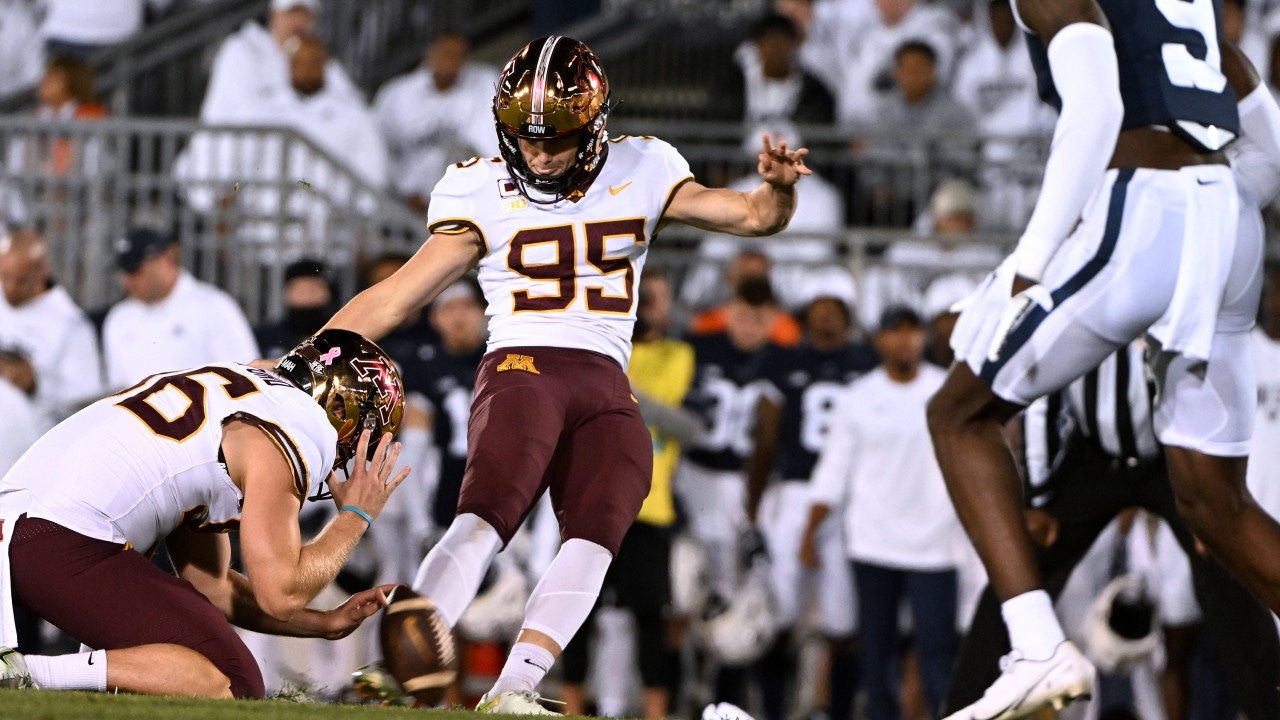 University of Minnesota kicker Matthew Trickett was honored by the conference Monday for his play this past weekend.

Trickett was named Big Ten Special Teams Player of the Week after making field goals from 47 and 49 yards out against Nebraska, his longest two field goals of the season. He also converted both point-after attempts, scoring eight of Minnesota’s 20 points in the win.

This season, Trickett, a fifth-year senior, has made 10 of his 11 field goal attempts and all 35 of his point-after attempts.

The win moved the Gophers to 6-3 on the season (3-3 in conference play). The team hosts Northwestern on Saturday before finishing the season with games against rivals Iowa and Wisconsin.