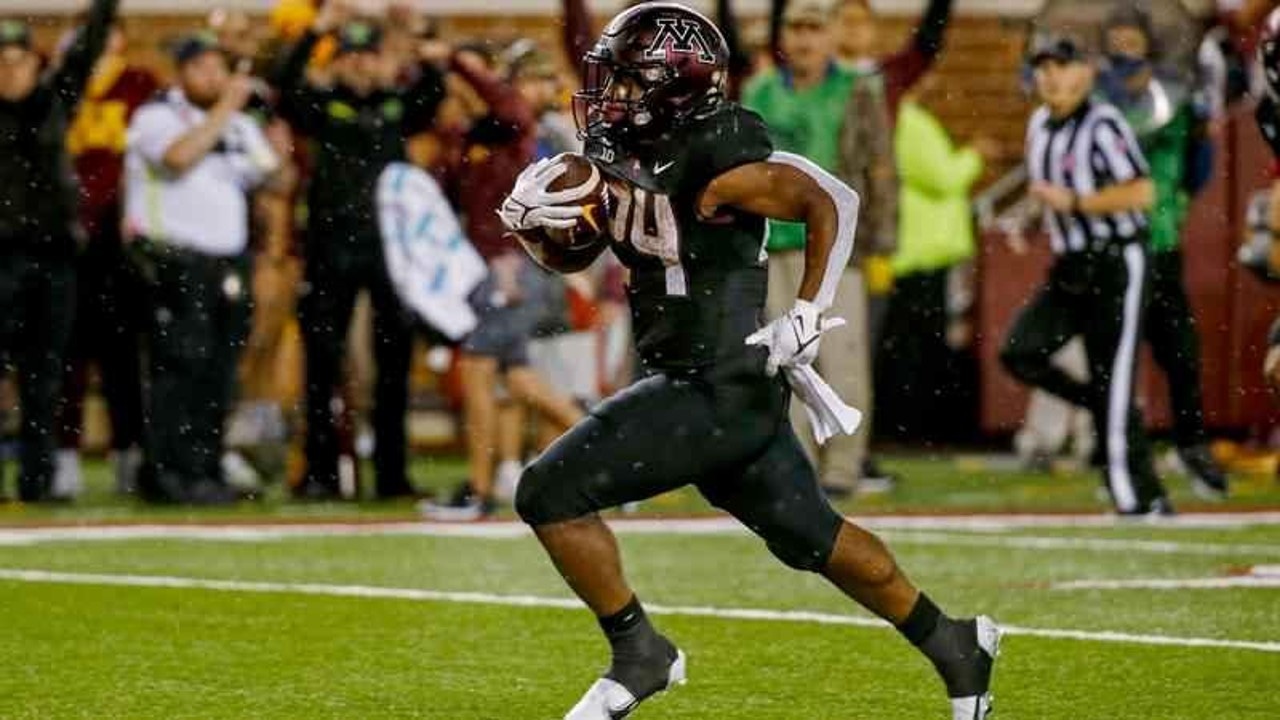 Minnesota running back Mohamed Ibrahim rushes for a touchdown against Ohio State during the third quarter of an NCAA college football game Thursday, Sept. 2, 2021, in Minneapolis. (AP Photo/Bruce Kluckhohn/File)

Tuesday, he was named the 2022 Comeback Player of the Year by the College Sports Communicators in association with The Associated Press and the Fiesta Bowl Organization.

Ibrahim was joined by Washington’s Michael Penix Jr. and UCLA’s Laiatu Latu as the three honorees.

Ibrahim’s 2021 season ended when he suffered a left Achilles tendon rupture during the third quarter of the season opener.

This year, he finished fourth in the country with 1,594 rushing yards and second nationally with 19 rushing touchdowns en route to earning All-Big Ten and All-American recognition.

For his career, Ibrahim has 851 carries for 4,597 yards and 52 touchdowns. His career yardage total ranks 11th in Big Ten history while his touchdown total ranks sixth.