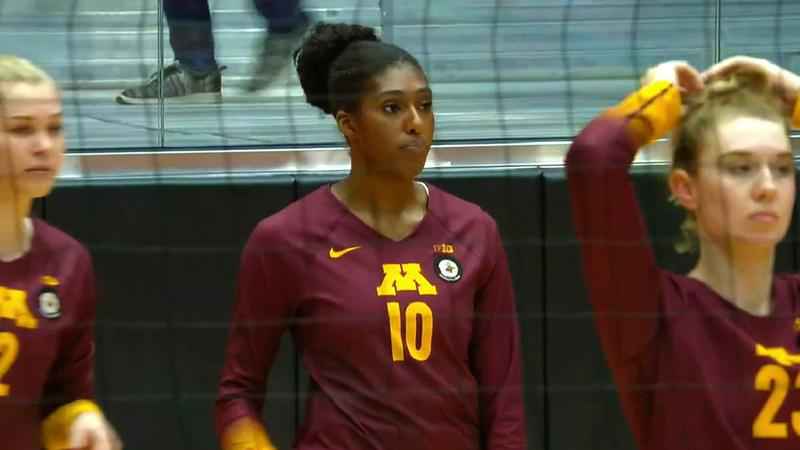 Minnesota volleyball star Stephanie Samedy has been named the Big Ten Player of the Year for the second year in a row.

She’s the first Gopher and the fourth player in Big Ten history to ever win the award in consecutive years.

The redshirt senior opposite ranked in the top 15 in the country in points (5.39) and kills (4.84) per set, and earned Big Ten Player of the Week honors five times this year.

The Gophers start postseason play on Friday at 7 p.m. against South Dakota.