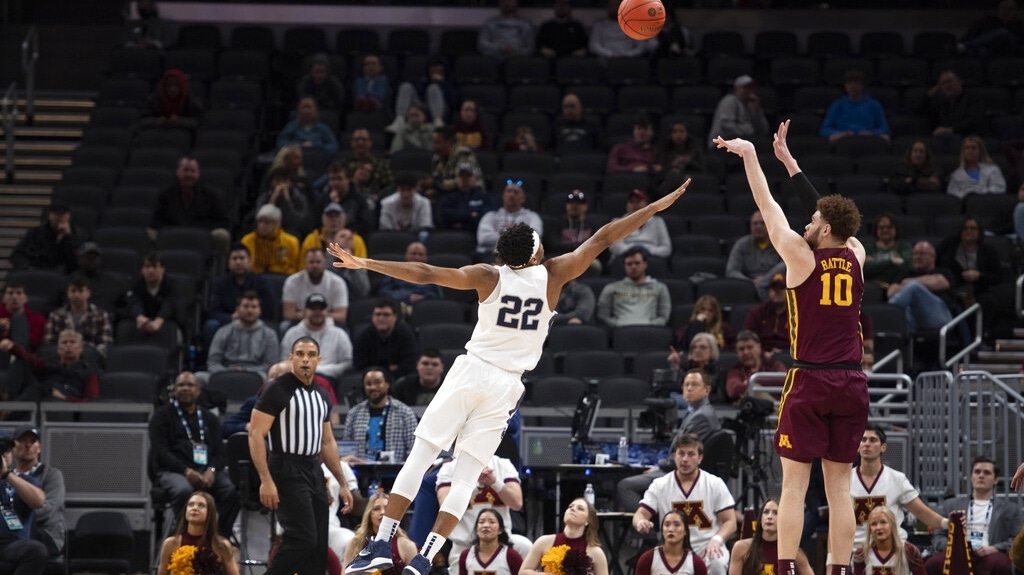 Jalen Pickett hit three 3-pointers on his way to 22 points and Penn State defeated Minnesota 60-51 in the first round of the Big Ten Conference tournament on Wednesday night.

Eric Curry had a rebound basket to cut Minnesota’s deficit to five with 4:13 to go, but John Harrar had a layup, Pickett hit a jumper and Sam Sessoms made two foul shots in a 6-0 run to wrap up the win for the Nittany Lions.

Sessoms finished with 14 points for PSU, while Lundy scored 11. Harrar had 12 rebounds to go with six points.

Penn State led the Big Ten in scoring defense, yielding 66.2 points per game, and beat Minnesota for the first time in five tries in the conference tourney.

The Nittany Lions advance to play No. 6 seed Ohio State in the quarterfinals on Thursday.