When the Gophers face the St. Cloud State Huskies this weekend it will provide plenty of storylines for both schools. Let’s start with Gophers head coach Bob Motzko: He was the Huskies head coach for 13 years.

"Most of the players in St. Cloud don’t even know who I am," Motzko exclaimed on Tuesday. "You have to remember for you and me a generation lasts about 10 years, and for the players it’s about four years. So while I have plenty of people I have a lot of history with and great memories with while I was at St. Cloud State, many of them are gone and that’s okay," Motzko added.

Motzko had plenty of success as the Huskies head coach 2005-2018, compiling a record of 276-192-49. Motzko didn’t want this weekend to be centered around him. Instead, his attitude was a little more tongue-in-cheek.

"Based on the way Lars (coach Brett Larson) has done, I bet they’re glad to get rid of me," Motzko said laughing. 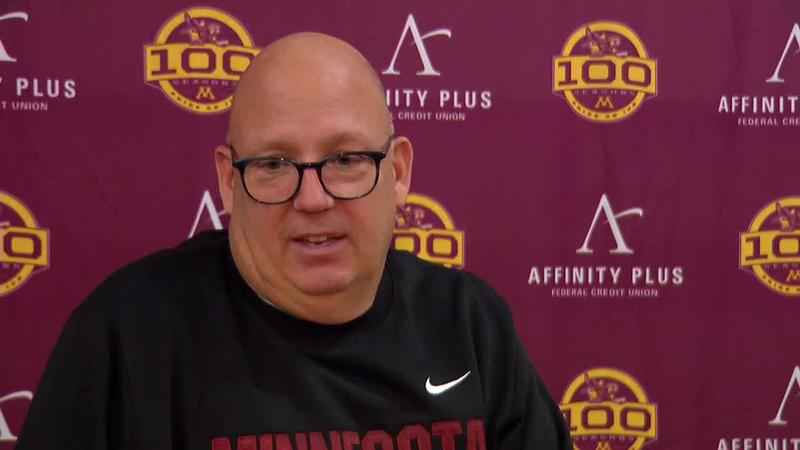 Brett Larson, who took over for Motzko, has a 43-21-9 record. He led the Huskies to a No. 1 seed in the 2021 NCAA Tournament. St. Cloud State lost in the title game to Massachusetts.

The first game will take place on Friday night at 3M Arena at Mariucci at 7:00 p.m., while the second game will be in St. Cloud on Saturday night. Puck drop is set for 5:00 p.m. at the Herb Brooks National Hockey Center.