Gophers fall to No. 21 in new AP college hoops rankings 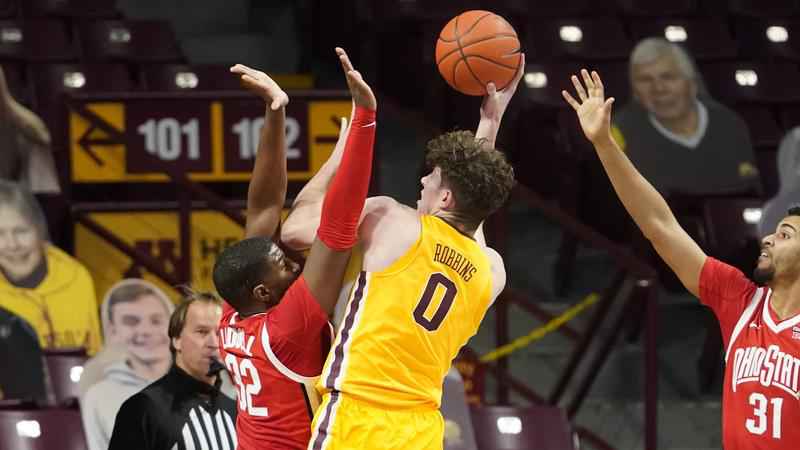 After losing to Maryland on Saturday, the Gophers have fallen from 17 to 21 in the new AP men’s college hoops rankings. The Gophers next play on Saturday at unranked Purdue.

Mark Few’s Bulldogs earned 61 of 64 first-place votes in the latest Top 25, while Scott Drew’s Bears claimed the other three. Those two teams have been 1-2 in all 10 polls this season.

Villanova remained third followed by Michigan, with the Wolverines cracking the top five for a second straight season under Juwan Howard after being unranked earlier in the year. Michigan’s rise comes after the school announced a 2-week pause in all sports activities due to concerns about a new COVID-19 variant that transmits at a higher rate.

The rest of the top 10 included No. 5 Texas, followed by Houston, Iowa, Virginia, Alabama and Texas Tech.

Nate Oats’ Crimson Tide — who have won 9 straight — jumped nine spots, the highest of any team this week, and secured the program’s highest ranking since last cracking the top 10 in January 1997.

Missouri also had a big jump, climbing seven spots to reach No. 12 for the second time this season.

No. 18 Tennessee took the week’s biggest tumble, falling 12 spots after losses to Florida and Missouri. No. 15 Kansas and No. 17 Creighton each fell six spots.

No. 16 Florida State, No. 24 Oklahoma and No. 25 Louisville were additions to this week’s poll, though the Seminoles and Cardinals have been ranked previously this season. Clemson, Oregon and Connecticut fell out of the rankings.