Gophers draw Fresno St. in 1st round of NCAA Tournament 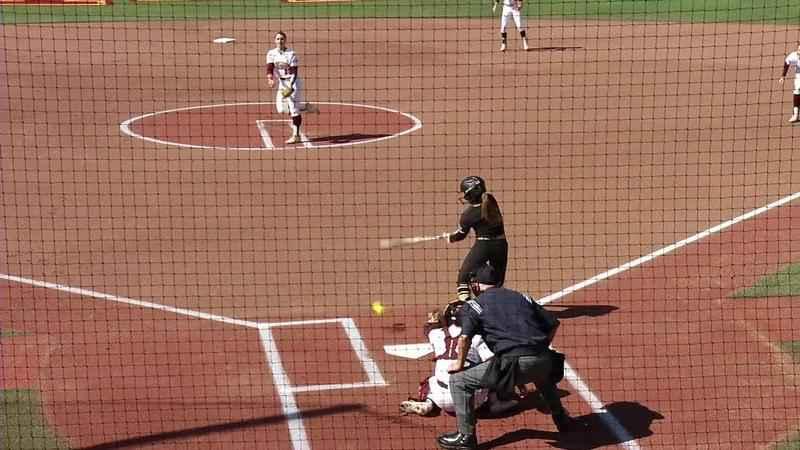 The No. 23 University of Minnesota softball program received an at-large bid to the NCAA Tournament.

The Golden Gophers travel to Los Angeles and play Fresno State, Friday, May 21 at 7:00 p.m.

Overall No. 2 seed and host UCLA will face Long Beach State to round out the Los Angeles Regional. That game is slated for a 9:30 p.m., CT start on ESPN2 or 30 minutes after the Minnesota/Fresno State conclusion.

"We’re excited," head coach Piper Ritter said. "We didn’t know what to expect tonight. We are grateful to play another weekend and to have our best softball when it matters the most."

Regional assignments were determined by geographic proximity, with the exception that teams from the same conference were not placed in the same regional. Regionals will be held May 20-23 on 16 campus sites. At each campus site, a four-team, double-elimination tournament will be conducted, and the 16 winning teams advance to the super regionals.

Super regionals for the championship will be held May 27-30 on eight campus sites. At each site, two teams play in a best-of-three tournament format. The winners from each super regional advance to the NCAA® Women’s College World Series (WCWS) from June 3-9 at USA Softball Hall of Fame Stadium – OG&E Energy Field in Oklahoma City, Oklahoma.

Minnesota closed out the regular season with a 29-11 record in the Big Ten, good enough for second place in league standings. The 2021 NCAA Tournament marks Minnesota’s 15th tournament bid in program history and eight-straight for the Golden Gophers. Minnesota advanced to the NCAA® Women’s College World Series in 2019, the Golden Gophers’ first trek to the NCAA event in program history. The 2021 tournament nod also marks the first trip with Ritter as the head coach. As an assistant, the Golden Gophers went to seven NCAA Tournaments. Ritter, nee’ Marten, also played in the NCAA twice as a pitcher during the 2002 and 2003 campaigns.

Overall, the Big Ten overall had three teams make the NCAA Tournament in automatic bid, Michigan, the Gophers and Northwestern. All three teams will travel to its respective regional sites.

The Fresno State Bulldogs earned the Mountain West’s automatic bid after claiming the regular-season title with a 20-4 league record. This is the Bulldogs first NCAA Tournament appearance since 2017 and 34th in program history. Long Beach State won the Big West and finished the regular season with a 30-9 overall record and 22-2 in conference play. UCLA enters the tournament with a 41-4 overall record. The Bruins won the Pac-12 regular-season championship with a 19-2 record and earned the conference’s automatic bid.