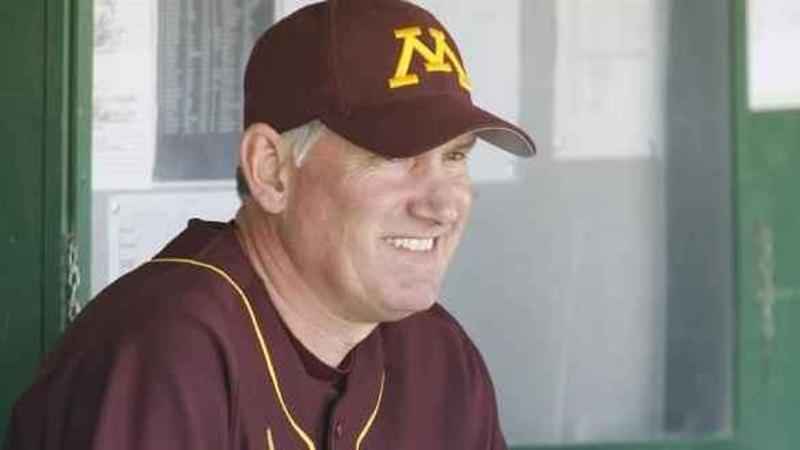 The University of Minnesota’s baseball head coach has signed a two-year extension.

John Anderson will stay in Maroon and Gold through the 2023 season, according to the athletics department.

"John takes great pride in leading the Minnesota baseball program," Director of Athletics Mark Coyle said in a statement. "He is the all-time winningest coach in Big Ten history, and we look forward to the program’s continued success under his leadership."

Anderson is entering his 41st year in charge of the program in 2021. He is the winningest baseball coach in the Big Ten Conference with a 1,331-928-3 overall record and a 598-382 record against conference opponents. Inducted into the American Baseball Coaches Association in 2008, Anderson has been named the Big Ten Coach of the Year eight times, most recently in 2018 after leading Minnesota to a Big Ten championship and the Super Regional for the first time in program history.

"Since arriving on campus in the fall of 1974, it has truly been an honor and a privilege to be connected to the Golden Gopher Baseball Family and this impressive University over the past 47 years," said head coach John Anderson. "Very few have experienced the life long, unique connection, I continue to enjoy with the University of Minnesota. My entire academic, athletic and coaching career happened at the ‘U,’ alongside many talented professionals throughout the University Community. I have been richly blessed and will always treasure all the special relationships that I have shared with the many coaches and players in the baseball program, members of the athletic department and all the great donors and supporters who greatly influenced our successes. It takes the contributions and cooperation of many to survive and thrive as a head coach for 40 years in Division I baseball."

Under Anderson’s guidance since 1982, the Gophers baseball team has made 19 NCAA tournament appearances, won 10 Big Ten Tournament titles and have 11 first-place Big Ten regular-season crowns. Under his watch, the Gophers have the longest current MLB Draft streak in the Big Ten, going 34 consecutive years with a selection. Ohio State (10 years) and Michigan (nine years) are the next closest Big Ten teams.

Minnesota most recently won Big Ten regular-season and tournament titles in 2018. That year, Anderson was named the Big Ten Coach of the Year after leading his team to a historic season, culminating with the Gophers hosting an NCAA Regional and advancing to the NCAA Super Regionals.