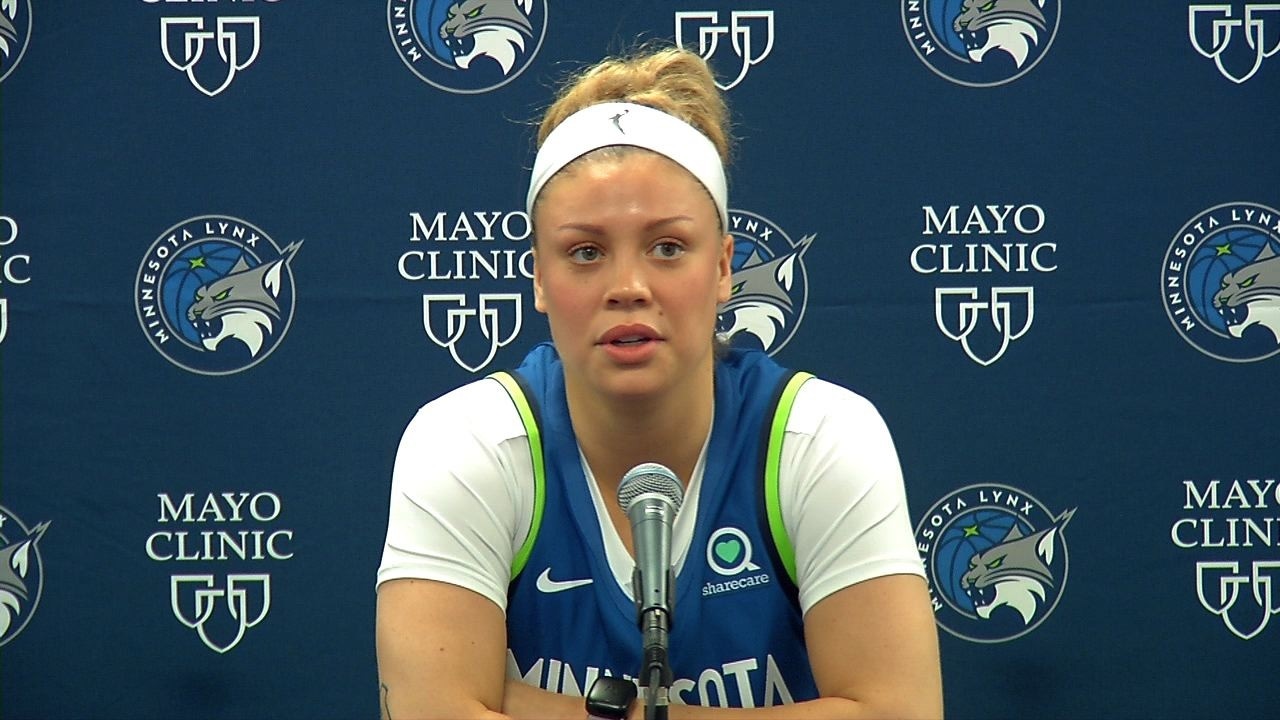 Lynx guard Rachel Banham speaks during a press conference on May 10, 2022. (FILE/KSTP-TV)

The University of Minnesota has added another high-profile alumna to the women’s basketball staff.

Tuesday, the program announced Rachel Banham as the team’s director of quality control for the upcoming season.

“I am happy and excited to join this incredible staff back at my alma mater,” Banham said in a statement. “What Coach Whalen is building at the ‘U’ is special and I’m excited to continue to grow and cultivate the culture. I look forward to being a part of that in this role.”

Banham set numerous records during her collegiate career with the Gophers, including making 354 three-pointers and scoring 3,093 career points, the most in Big Ten history and sixth most in NCAA history. She also was the 2016 Big Ten Player of the Year.

Professionally, she was picked No. 4 overall by the Connecticut Sun in the 2016 WNBA Draft and has spent the past three seasons with the Minnesota Lynx, putting together her best statistical season in 2022.

Despite her new role with the Gophers, Banham intends to continue her professional playing career.