Gopher women’s volleyball talk the time off, the new team, and new schedule

***CLICK ON THE VIDEO BOX TO HEAR FROM MCCUTCHEON, PITTMAN, SAMEDY***

McCutcheon talked about the depth of the team, finally playing games again, integrating the freshman and whom of them might play, what the first practice was like, any positives in the time off, and talked about playing Michigan State.

Pittman spoke about the depth of the team, how the seniors are leading the team, how she sees the freshman fitting it, having to be ready to play, despite the long break due to COVID, what kind of team she thinks the Gophers are going to be, and how she is managing goal this year coming off a final four appearance.

Samedy discussed the talent the Gophers have this year, the characteristics the team is showing, approaching the season without any non-conference games to get the team tuned up, and adjusting to doubleheaders. 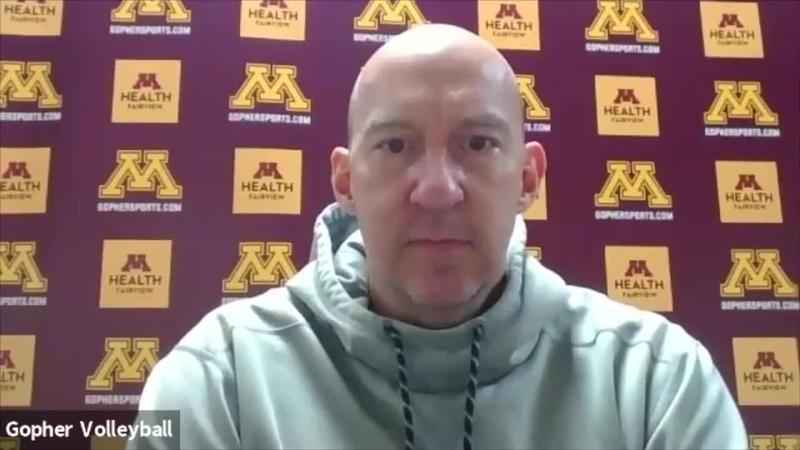