***CLICK ON THE VIDEO BOX TO HEAR FROM MOTZKO, MCLAUGHLIN, AND REEDY***

Mike Koster’s improvement in play
What the keys are to defeating Ohio State.
If he sees some of his team in Ohio State.
Updates the health of players for the Buckeyes series.
If his team picked up bad habits against Arizona State.
The one thing he is looking for in his team against the Buckeyes.
Comments on the 20 goals in two games his team had and if he has ever seen that before.
And, where he thinks the team’s confidence level is at right now. 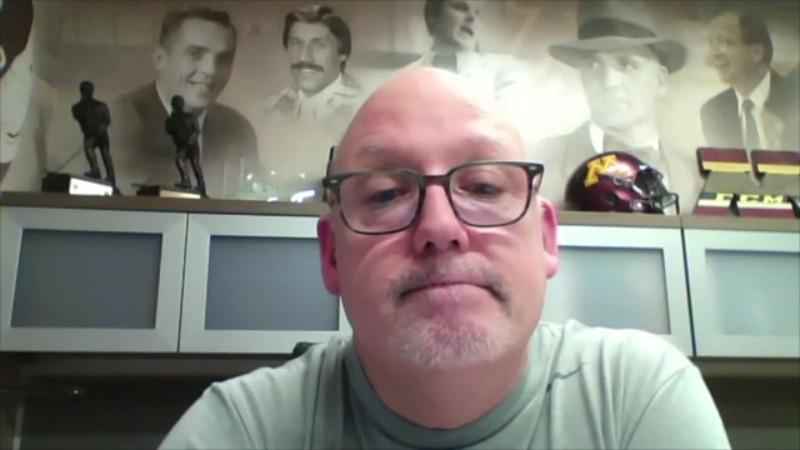 What he sees in Ohio State.
If the Gophers have to adjust to opponents, or if they can just play their own style.
How the team can carry their offensive powers over from last weekend to the series against Ohio State.
How practice has been like this week leading up to the Buckeyes.
If he thinks that Sammy Walker and himself are clicking at full strength.

If he feels that the team just has to forget about last weekend against Arizona State when playing Ohio State.
What he sees in the Buckeyes.
If the team can learn anything from their last matchup against Ohio State.
How he feels on the road heavy schedule of late.
What are the keys for the forwards to be able to score on the Buckeyes.