For the first time since he was drafted five years ago, Kirill Kaprizov was wearing a Wild jersey and skating on the ice at the Xcel Energy Center in St. Paul, and the rookie phenom’s didn’t disappoint in his preseason debut.

Kaprizov scored a goal and assisted on another as the Wild played the first of two preseason intrasquad scrimmages.

With no preseason games permitted this season, the scrimmages will be the closest thing the Wild will see to live action before the season begins Thursday in Los Angeles against the Kings.

Kaprizov’s goal came as he took a long pass up the leftside boards, and streaked past a defender who had been tangled up with Zach Parise at the blueline. Kaprizov went hard toward the crease, hit the brakes, pulled the puck back to his left and slid the puck past Kaapo Kaakonen. 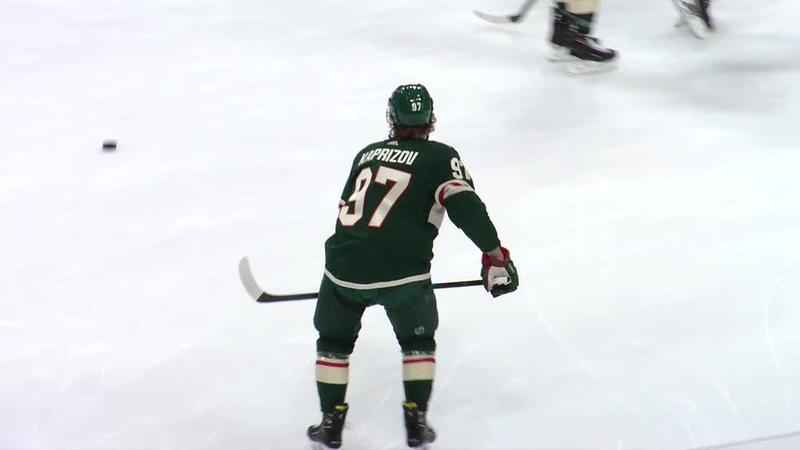 Later in the game, his assist came after a pass was fed to him deep in the slot. He quickly shifted the puck to his backhand and delivered a perfect pass to Parise in front of the net. Parise finished the play lifting the puck into the top of the net.

Kaprizov has been skating on a training camp line with Parise and offseason acquisition Nick Bjugstad, a Blaine H.S. grad and former Gopher.

After the Wild drafted him in the fifth round of the 2015 NHL Draft, Kaprizov remained in his native Russia and played in the Kontinental Hockey League, where he was one of the youngest players in the league. In his final two seasons with CSKA Moscow, Kaprizov was the KHL’s leading scorer and the league’s most valuable player in 2019.

He scored five goals in six games that helped the Russian-based win gold at the 2018 Olympics in South Korea.