Edina took another step into a familiar spot Thursday night when it earned a berth in the Class AA girls hockey championship game for the fifth consecutive season following a 4-0 victory over Minnetonka in the big-school semifinals at the Xcel Energy Center.

In Edina’s four previous championship game appearances, it won three in a row from 2017-2019. Last season, the Hornets finished runner-up to Andover, the top seed in this season’s tournament. Andover was playing Eastview, the No. 5 seed in the late semifinal. 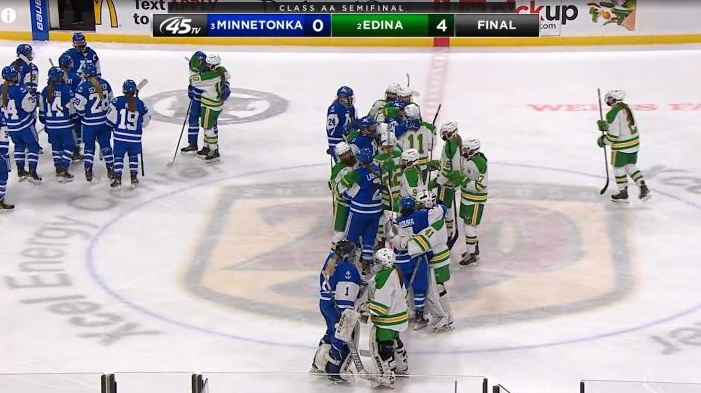 Edina, which peppered Minnetonka with 21 shots through two periods, wasted little time in getting started, getting an even-strength goal from Kuehl with not even five minutes elapsed in the first period.

That lead grew to three goals after two periods of play after another goal from Kuehl and one from senior Emma Conner in a 77-second span.

Earlier this season, Edina defeated Minnetonka 3-2 and 3-0, respectively, during conference play. The Skippers finished the season 16-4-3.