Gentry Academy came out of the gate fast, with sophomore forward Cara Sajevic scoring an unassisted goal 15 seconds into the game. The Stars outshot Chisago Lakes 17-3 in the first period, getting additional goals from sophomore defenseman Jenessa Gadzik and junior defenseman Maddie Geer en route to a 3-0 advantage at the first intermission.

Chisago Lakes (19-3-0) came alive in the second period, out-shooting Gentry Academy 15-13. The Wildcats had one goal denied after an official review and saw two other shots rolls through the crease behind the Stars’ sophomore goalie Rylee Bartizal before being smacked out by other Gentry players. Bartizal also stopped a point-blank shot by junior forward Dani Burgen at 13:34 of the second period.

Gentry Academy (19-2-0) advances with a 6-0 victory and will face Proctor/Hermantown in the Class A championship game. That game will take place at 11 a.m. on Saturday, April 3. 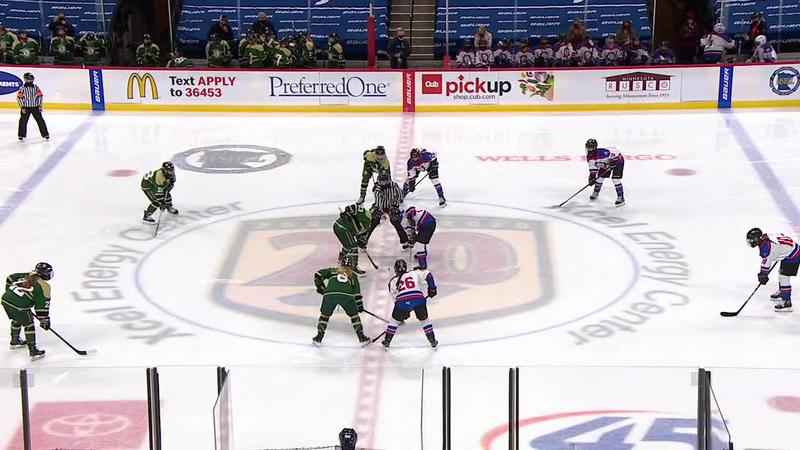 Gentry Academy vs. Chisago Lakes in the Class 1A semifinals.[KSTC]