The first half was a defensive battle, low-scoring first half. Farmington was led offensively by senior forward Sophie Hart, who scored ten first-half points for the Tigers.

To begin the second half, every time Farmington would make it a one-possession game, Rosemount would have an answer highlighted by a three-point play from Finley to put the Irish up 30-24 with over 12 minutes left in the game. 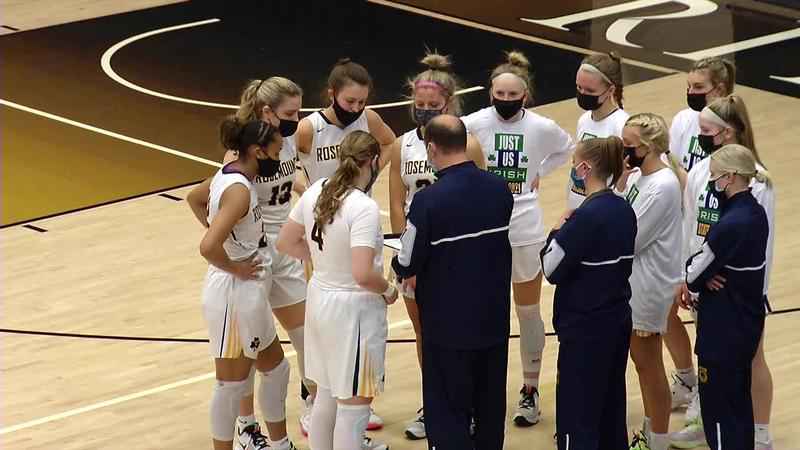 For Farmington, Peyton Blandin starting getting hot from the three-point line to help keep the Tigers within striking range at 36-31 with 6:58left in the game.

Then, Irish sophomore guard Nicole O’Neil hit a huge three-pointer for Rosemount. Ratzlaff followed with a layup and the Irish were up 42-31 with 3:10 left in the game.

Rosemount would go on to win 52-44. For Farmington, Hart would end with 14 points, while Blandin scored 26 points. For the Irish, Ratzlaff finished with 18, while Finley finished with 13.