The Edina and Warroad girls hockey programs have storied histories in their respective classes, and they clashed Friday night at Braemar Arena in Edina. The Hornets won the game 2-1.

After a scoreless first period, Edina sounded the horns first with a power play goal by Lorelai Nelson in the second period for a 1-0 lead.

Warroad outshot the Hornets in the game, and found the back of the net in the third period with a goal from senior Talya Hendrickson, tying the game at 1-1.

Later in the third, Edina found success on the power play again with another goal from Nelson. The freshman scored what turned into the game winning tally at the 13:01 mark of the period. 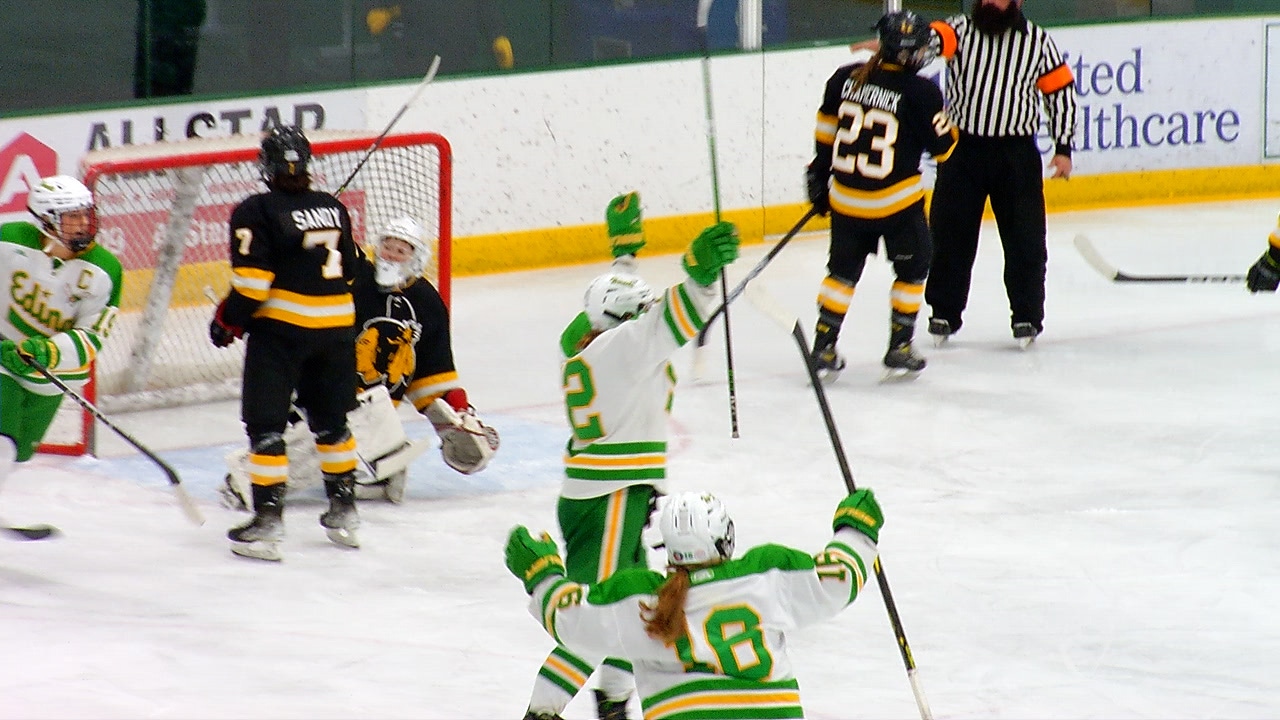 With the win, Edina improved to 9-3-1 on the season. Warroad, the top ranked team in Class-A, dropped to 14-2 overall.