Sophomore guard Harley Roering scored her only points of the first half to give Belgrade-Brooten-Elrosa a 21-17 advantage at 2:46. The Jaguars led 24-22 at the break.

Sleepy Eye St. Mary’s junior guard Madison Mathiowetz came out on fire early in the second half and pushed the score to 28-24 in favor of the Knights. But, Belgrade-Brooten-Elrosa senior guard Josie Knutson countered with back-to-back three-pointers to put the Jaguars back on top 30-27 at 12:40.

From there, the score went back and forth. Sophomore guard Abby Berge went 4-6 on free throws in the second half, giving Belgrade-Brooten-Elrosa a 45-39 lead at 3:09. Less than a minute later, Berge drained a layup for a 47-45 advantage. 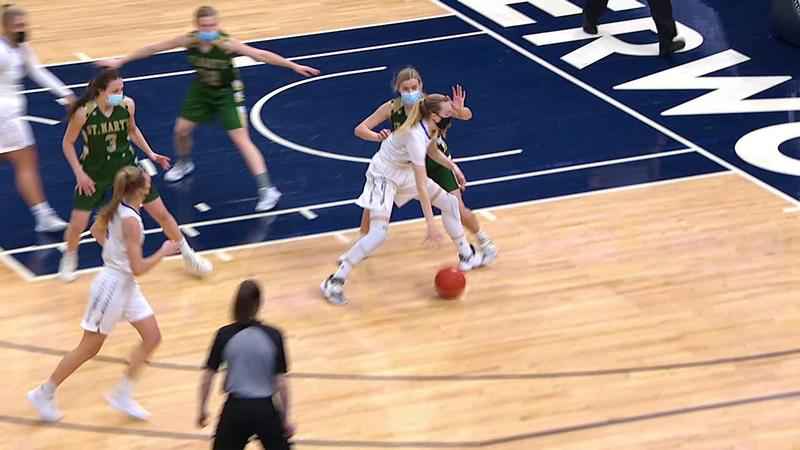 Sleepy Eye St. Mary’s senior guard Sydney Windschitl cut the lead to 48-47 on a layup with 25 seconds left in regulation, but Knutson pushed it back three after making two free throws at 0:21. With nine ticks left on the clock, Knutson was fouled by junior guard Reagan Severson and she made one free throw for the 51-47 lead. Mathiowetz raced down the floor, pulled up, and hit a three-pointer as time expired, but the Jaguars escaped with the 51-50 win.