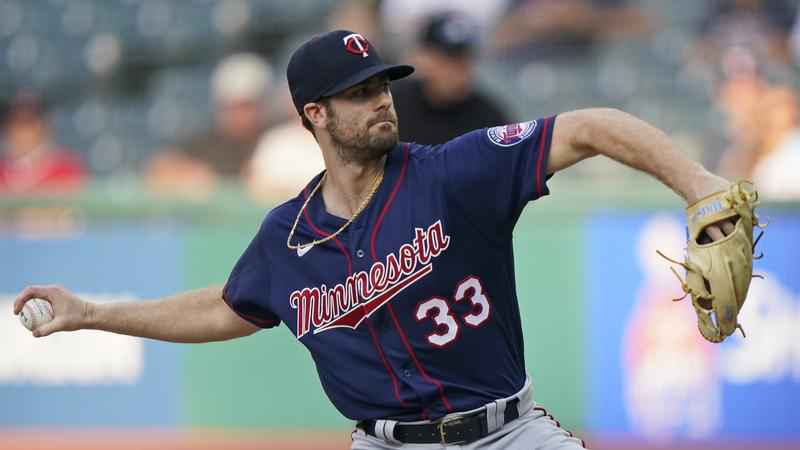 John Gant pitched five solid innings to get his first win since joining Minnesota and spoil Cleveland starter Aaron Civale’s return from injury, leading the Twins to a 3-0 win over the Indians on Tuesday night.

Brent Rooker homered for the Twins, who have won six of their past seven against the Indians.

Gant (5-9) didn’t allow a run on three hits. The right-hander had been winless since May 26 for St. Louis — a span of 27 appearances. This was his fourth start for the Twins, who acquired him in a July 30 trade.

Four Twins relievers finished the combined seven-hitter with Alex Colomé working the ninth for his 13th save.

The Indians failed to homer for the first time in 20 games, ending the longest streak in club history.

Cleveland’s loss was softened by Civale’s comeback outing, his first start since he sprained his right middle finger in a June 21 start against the Cubs. He gave up just one run and three hits in 4 2/3 innings.

The 26-year-old Civale (10-3), who was leading the majors in wins when he got hurt, was sharp despite the long layoff. He was in command until the Twins scored in the fifth on a two-out RBI single by Andrelton Simmons.

Civale was determined to pitch again in 2021 for personal reasons as well as help the Indians, who have stayed competitive while also being without ace Shane Bieber (shoulder) for nearly three months.

Rooker made it 2-0 in the seventh with his seventh homer. Luis Arraez hit an RBI triple in the ninth.

Twins manager Rocco Baldelli remained away from the team following the birth of his daughter. Louisa Sunny arrived early Tuesday.

“It was awesome,” said the 67-year-old Evers, who is retiring after the season. “It brings tears to my eyes knowing he texted me right after the baby was born."

Evers expects Baldellli to return Friday, when the Twins open a series at home with Kansas City.

Indians manager Terry Francona is recovering from toe surgery, his second operation since stepping aside in July.

The 62-year-old Francona previously had his hip replaced. The procedure Tuesday was to fix his left big toe, which became infected during the offseason and required him to wear a walking boot for months.

TO (NOT) CATCH A THIEF

The Indians have stolen 29 straight bases, the longest successful streak since steals started being tracked in 1920.

On the eve of Derek Jeter’s Hall of Fame induction, both interim managers reflected on the Yankees shortstop’s stellar career.

Evers managed Jeter in the early 1990s, when he played in the Gulf Coast League.

Indians acting manager DeMarlo Hale coached against Jeter in the AL East. He always appreciated his competitiveness and class.

“When they say that he’s The Captain, it says a lot about him because he represents so much," Hale said. “Winner.”