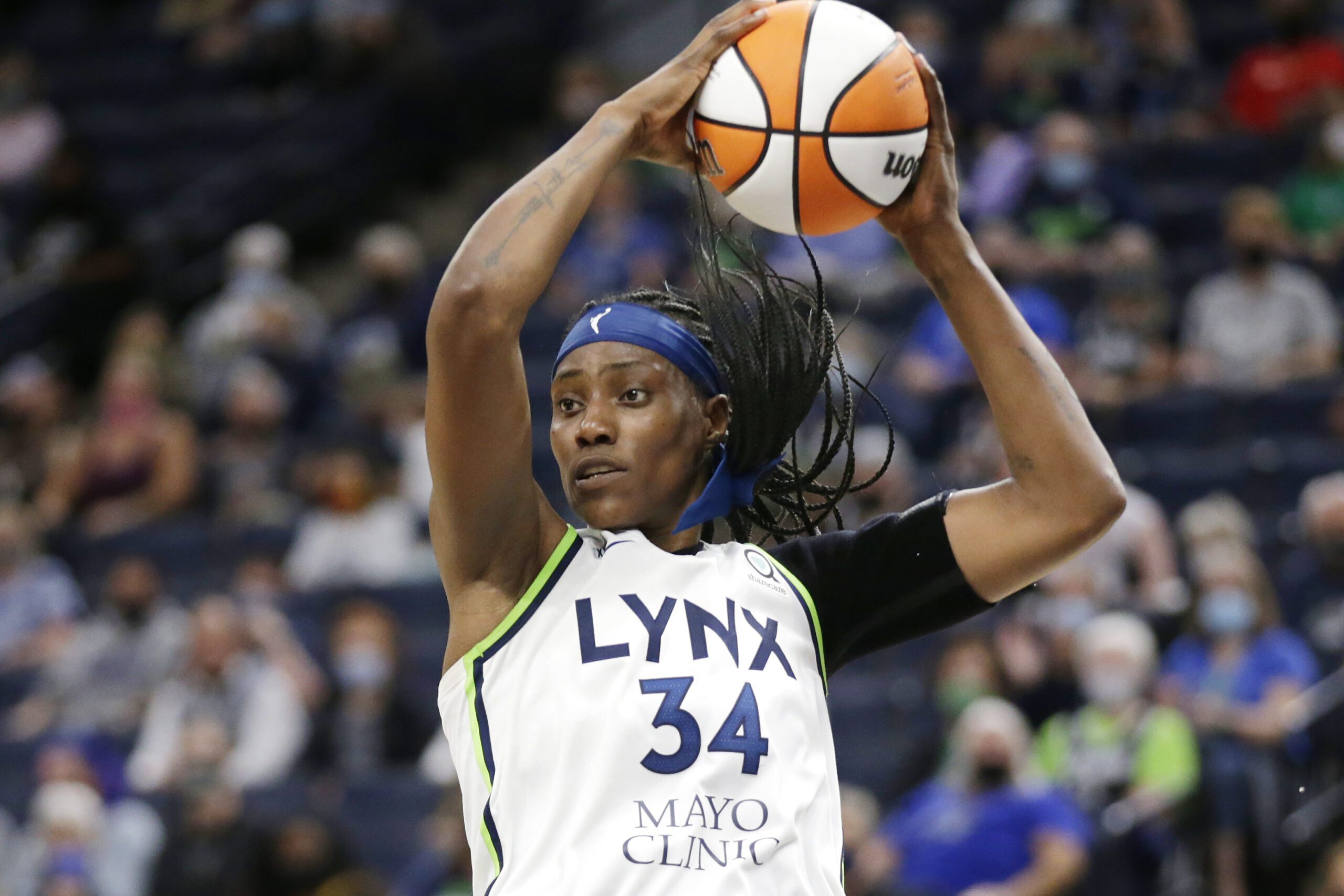 FILE - Minnesota Lynx center Sylvia Fowles rebounds during the fourth quarter of the team's WNBA basketball game against the Los Angeles Sparks on Thursday, Sept. 2, 2021, in Minneapolis. One of the league's greatest centers is ready to move on to another career in mortuary science, no longer possessing the energy to stay in basketball shape. (AP Photo/Andy Clayton-King, File)

With the Minnesota Lynx missing the playoffs, the legendary career of center Sylvia Fowles ended. However, she’s being recognized with one more award.

Friday, the WNBA announced Fowles as the recipient of the 2022 Kim Perrot Sportsmanship Award, which is given each season to a player who exemplifies the ideals of sportsmanship on the court, including ethical behavior, fair play and integrity. Perrot helped guide the Houston Comets to their first two championships before she died in 1999 following a seven-month battle with cancer.

“Syl is such a worthy recipient of the Kim Perrot Sportsmanship Award as she is one of the most beloved WNBA players of all time,” Lynx Head Coach and General Manager Cheryl Reeve said. “Through her unwavering humility, kindness, and class, she truly has been an inspiration to teammates, coaches, staff, opposing players, fans and community members. Her on and off court legacy will forever live on throughout our league.”

She is the second Lynx player to win the award, joining Teresa Edwards in 2004.

Fowles has long shown a strong commitment to the community, advocating for youth health and wellness. This season, the community celebrated “Syl’s Final Ride,” supporting her off-court passions, including youth, biking and food access. Fowles also partnered with Free Bikes 4 Kidz MN, Slow Roll Twin Cities and Appetite For Change to host bikes rides and plant beets at a community garden to raise awareness around access to fresh food in North Minneapolis.

She received 36 of the 56 votes for the award, with the second-place finisher — Briann January, of Seattle — receiving eight votes.