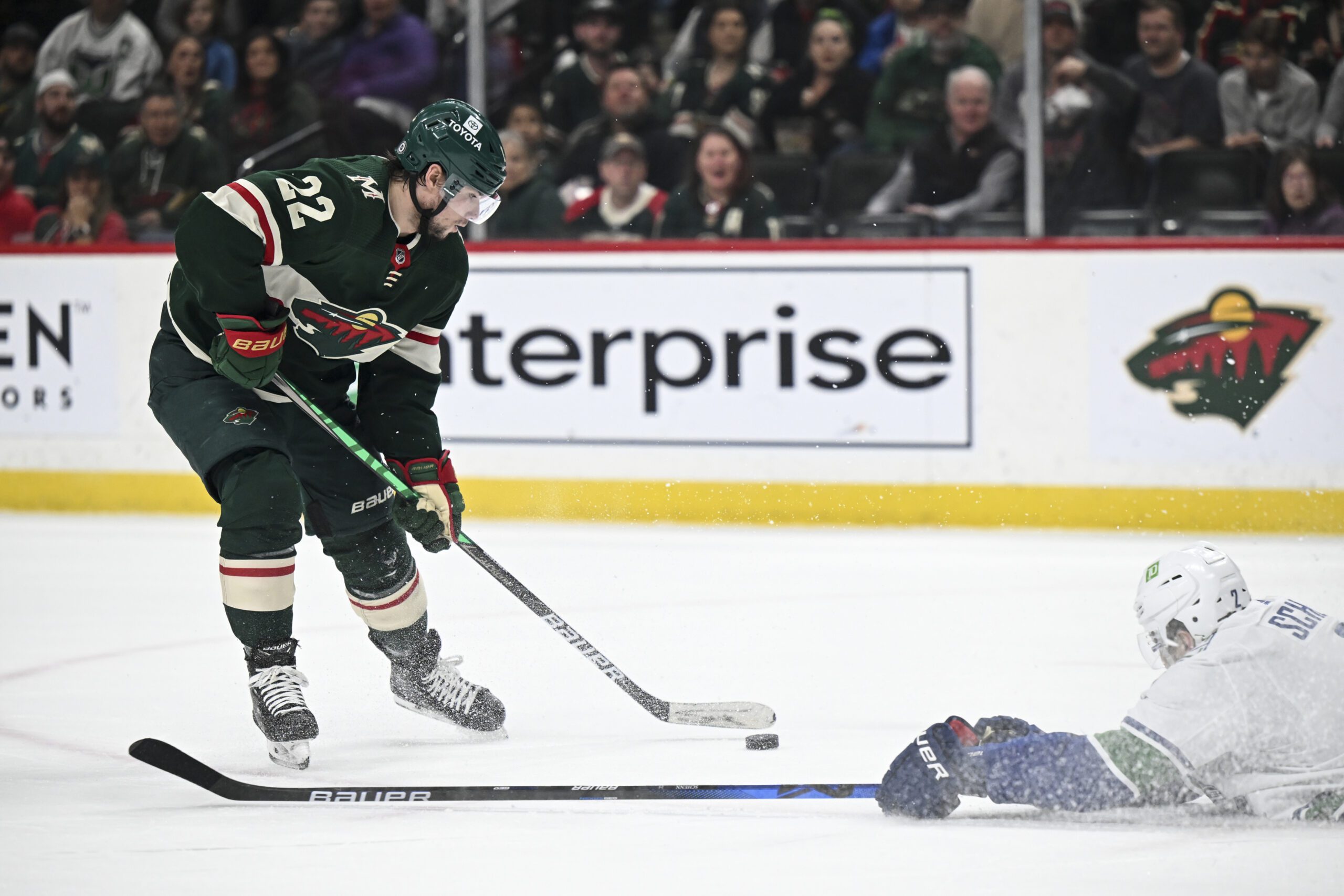 The Wild are in the second spot in the Central Division and will face the third-place St. Louis Blues in the first round of the playoffs. Minnesota lost all three games against St. Louis this season, including two in overtime.

Kirill Kaprizov and Mats Zuccarello each had a goal and two assists for the Wild, who also got goals from Jared Spurgeon and Ryan Hartman.

Elias Pettersson scored twice for the Canucks and Matthew Highmore had Vancouver’s other goal.

Cam Talbot made 21 saves for the Wild to earn his 200th win. Thatcher Demko stopped 25 shots for Vancouver.

Fiala’s second goal of the night and 32nd of the season broke a 3-3 tie with 7:43 remaining in the third period. The forward circled the zone and skated from behind the net, firing a wrap-around shot that beat Demko.

Fiala has 16 points during his current eight-game point streak.

A scoreless first period was followed by a flurry of activity in the six-goal second. Fiala opened the scoring at 4:53. Pettersson tied it less than a minute later.

The teams again traded goals a bit later in the first. Spurgeon fired a shot that found its way through traffic to put Minnesota up 2-1. Highmore then capitalized on a turnover by Spurgeon and beat Talbot to tie it.

Vancouver took its first lead on Pettersson’s second goal of the night and 31st of the season. He rebounded a shot by by Conor Garland and snuck it past Talbot.

Zuccarello tied the game 2 1/2 minutes later as he took a pass from Kaprizov and beat Demko. Kaprizov’s assist came after the star forward took a big hit from Luke Schenn earlier in the period.

Kapirzov scored late in the third, his 44th goal of the season. Hartman added an empty-netter, his 32nd.

NOTES: Pettersson became the third Canucks player with 30 goals this season, joining Bo Horvat (31) and J.T. Miller (30). It’s the first time since 1995-96 that three Vancouver players topped 30. … Wild defenseman Dmitry Kulikov played in his 800th game. The 31-year-old has 23 points in 75 games this season. … Spurgeon has 39 points, a career high.

Canucks: At Calgary on Saturday.