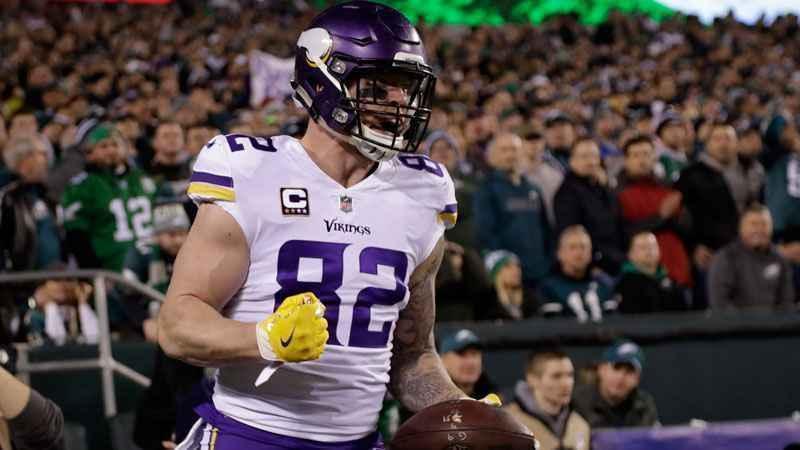 Ex-Viking Kyle Rudolph is off to play for the New York Giants.[AP/Matt Slocum]

Ex-Vikings tight end Kyle Rudolph agreed to a 2-year deal with the New York Giants worth $16 million, according to his agency on social media.

A source tells KSTP Sports that the Bills, Texans, Titans, Chiefs, and others all expressed interest. But the Giants’ offer ultimately won him over.

Rudolph spent 10 years with the Vikings after being picked 43rd overall in the 2011 NFL Draft. He was released a few weeks ago for salary cap purposes.

The 31-year-old was utilized much less last season, totaling just 28 catches for 334 yards and one touchdown over 12 games. It was his fewest touchdowns during any season in his career, his third-lowest number of receptions and the fourth-fewest yards.

Rudolph has previously noted that he plans on maintaining his house here in the Twin Cities, how Minnesota is his home.