Eric Curry to return for one last season in Minnesota 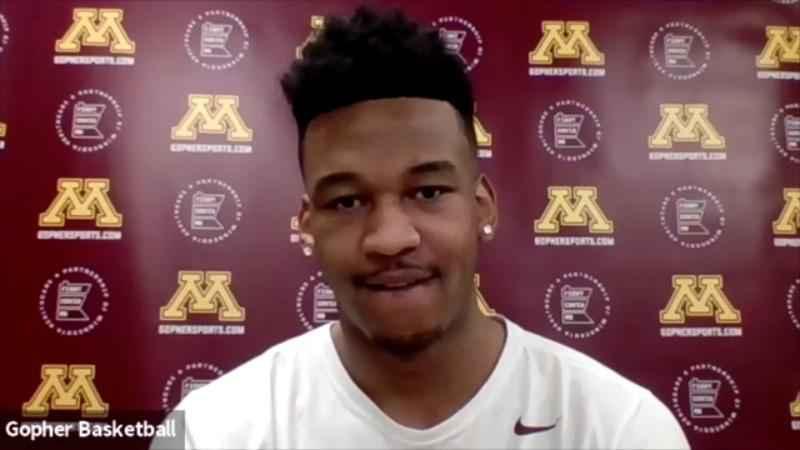 Eric Curry, a forward for the Minnesota Golden Gophers men’s basketball team, has decided to return to the program for one more season.

Curry stated on his Instagram Tuesday, "Let’s have one last dance, Gopher fans."

KSTP’s Darren "Doogie" Wolfson calls it a "solid addition" for head coach Ben Johnson and the rest of the team.

Curry is pausing his graduate assistant coaching plan to return as a player.

In his first season with Minnesota, the 6-fot-9 forward played in 34 games, averaged 20 minutes per game and 5 points and 5 rebounds per game. Then in 2017, Curry tore his entire ACL, MCL and meniscus ligaments during the offseason. Curry was redshirted his sophomore season for medical reasons and missed the entire year.

He appeared in 15 games in the 2018-19 season, but ultimately fell victim to more injuries and missed the entire following season. He then came back and played in 29 games last year, averaging 15.8 minutes per game, 3.7 points and 3.1 rebounds.

"I’m so incredibly excited for Eric," head coach Ben Johnson said. "I’m happy with how he is feeling physically first and foremost, and that he is hungry to compete and lead for one more year. I know he is pumped to be able to wear the Maroon and Gold and we are just as thrilled to have him back with us."