Two Class 4A powerhouse teams went back-and-forth in an entertaining season opener. In the end, Holy Angels prevailed, with KSTP Sports there to capture the action. Holy Angels, the home team, won, 27-21.

The Pioneers led, 21-20 at halftime, but were held scoress in the second half. The Stars ate up over five minutes on the opening drive of the half. Johnson took a wildcat snap for a one-yard touchdown.

Holy Angels had a golden opportunity to go up by two scores before Johnson fumbled it away at the 3-yard line with 8:10 left. 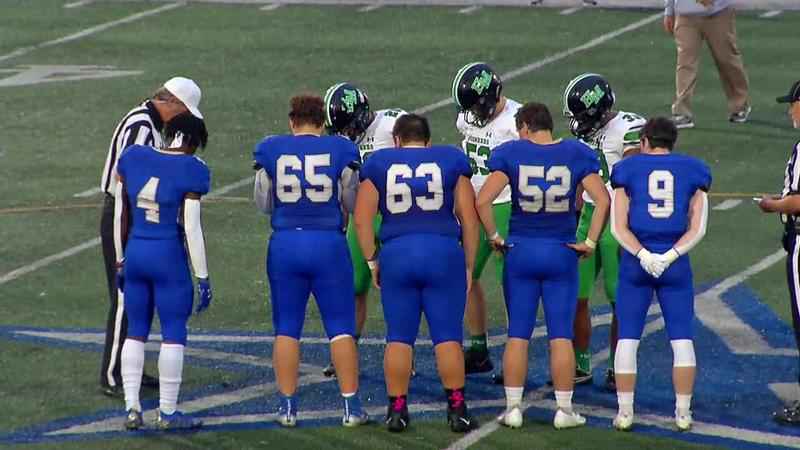 The two teams traded punts prior to a Stars interception that led them to being able to run out the clock.

There were college players galore on the field, led by Hill-Murray senior Lucas Heyer. Ranked the top 2022 recruit in the state, the Stanford commit plays guard and defensive tackle.

1-0 Holy Angels returns to action Friday, Sept. 10 vs. Orono, with Hill-Murray playing the same night too vs. Simley.