A couple days after trading shots and swapping stories with the best golfers in the world, Derek Holmes was back at his post running the PXG Minneapolis golf store in Edina’s Southdale Mall.

Holmes took several family members and some friends-slash-coaches with him to Kiawah Island, SC where he played in a PGA Tour event for the first time.

He spent several days playing practice rounds and acclimating to the pressure that comes with playing against PGA Tour pros in front of a crowd that numbered in the thousands.

Holmes shot an opening round 79, but was among many players whose Friday round was blown away – literally – by the seabreezes on Kiawah’s famed Ocean Course and eventually missed the cut. 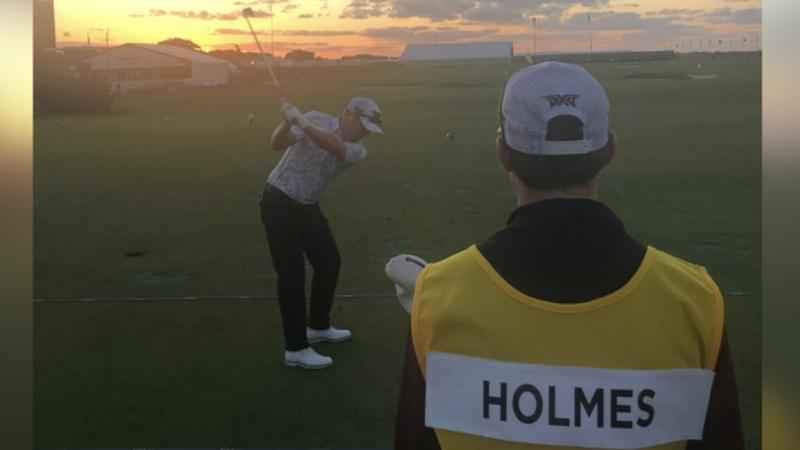 Derek Holmes hits practice balls as the sun sets at the Ocean Course at Kiawah Island, SC as he prepared to play in the 2021 PGA Championship[Derek Holmes]

Despite that, the Anoka H.S. and U. Wisconsin-Stout grad called the tournament an experience of a lifetime – one he intends to focus his annual calendar on attempting to qualify for again.

Holmes sank an impossibly long putt in his qualifying tournament to earn one of twenty invites ‘course pros’ are offered to play in the PGA Championship – one of golf’s four annual major tournaments.