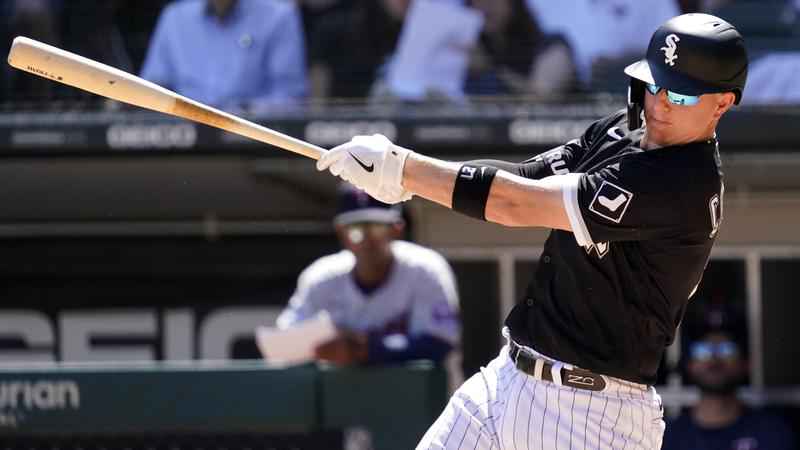 Zack Collins hit a tiebreaking homer in the sixth inning and the Chicago White Sox scored at least seven runs for the fourth straight game, completing a three-game sweep of the Minnesota Twins 8-5 on Thursday.

Chicago got four runs off Minnesota’s bullpen after the Twins erased a 3-0 deficit. The AL Central-leading White Sox won their fourth straight after losing seven of nine.

Collins broke a 4-4 tie when he hit a fastball from Jorge Alcala (1-3) into the left-center field bleachers. Jose Abreu drove in another run in the sixth, and Danny Mednick and Collins drove in two more in the seventh.

Michael Kopech (3-0) pitched a scoreless sixth and Garrett Crochet struck out Miguel Sano to escape a bases-loaded jam in the seventh. Ryan Jeffers drove in a run in the ninth off of White Sox closer Liam Hendricks in a non-save situation.

Chicago has scored 35 runs over four games after scoring 20 in its previous eight.

The White Sox secured their second straight home-series sweep of the Twins this season, the first time the team has swept back-to-back home series against Minnesota since 1995. Chicago is 8-1 against its division rival this season.

Minnesota’s bats came alive in the fifth after Chicago starter Carlos Rodón retired the previous 10 batters. Alex Kirilloff scored from second on Gilberto Celestino’s single after Brian Goodwin’s throw from left field went to the backstop. Andrelton Simmons drove in a run off a double, Josh Donaldson hit a sacrifice fly to tie it and Nelson Cruz gave the Twins a 4-3 lead on a single to left.

Rodón escaped the fifth inning by striking out Sano. He allowed four runs in five innings, striking out nine.

Goodwin started scoring in the second inning when he hit a home run for the second straight day, hitting a curveball off of Twins starter Jose Berrios to the right-center bleachers. Chicago added two home runs after hitting six as a team the night before.

Twins: Minnesota picked up the contract of RHP Derek Law from Triple-A St. Paul and designated RHP Matt Shoemaker for release or assignment.

White Sox: 3B Yoan Moncada left after the third inning with a bruised right hand after sliding into third base. The team announced it was conducting further tests.

Twins: LHP J.A. Happ (4-3, 5.83 ERA) leads the way as Minnesota starts a three-game series in Kansas City on Friday. It will be Happ’s third start of the season against the Royals, having allowed seven runs in 10 innings.

White Sox: RHP Lance Lynn (7-3, 2.06 ERA) starts for Chicago at Detroit on Friday. The White Sox are starting a nine-game road trip before the All-Star break. Lynn will be fresh after only pitching three innings against Seattle on Saturday before rain suspended the game.