The 2021 Hobey Baker Memorial Golf Tournament was held at Royal Golf Club in Lake Elmo on Wednesday and featured the latest winner of the award, Cole Caufield from the University of Wisconsin. We caught up with Caufield before he teed off.

"It’s such an honor to be at this tournament with so many great guys and be a part of a very distinguished list of players that have won this award in the past," Caufield told KSTP.

***To see an extended interview with Cole Caufield, CLICK PLAY ABOVE***

Caufield and the Badgers lost to Bemidji State in the first round of the 2021 NCAA Men’s Hockey Tournament. Caufield then left Wisconsin and joined the Montreal Canadiens, the team that drafted him in the first round in 2019 with the 15th overall pick.

"That was a great experience getting my first taste in the NHL, something I want to build on this (next) season. I wish we could’ve gone further in the NCAA Tournament, however, I was happy to get to Montreal and I’m anxious to see where my professional career will take me," Caufield added. 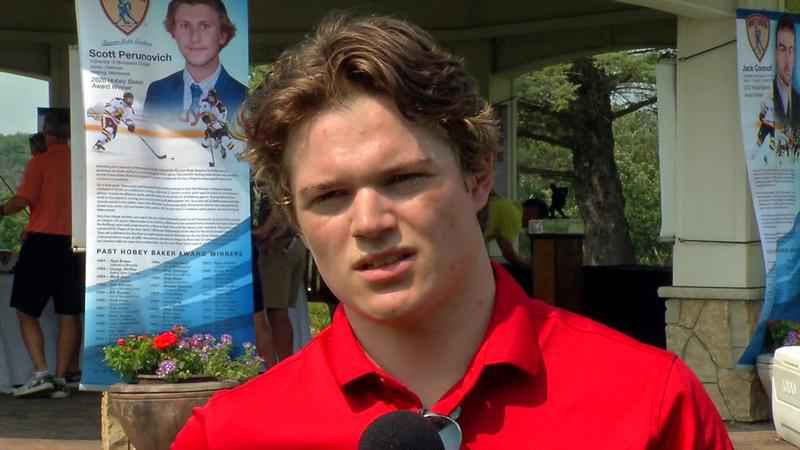 In just 10 games with the Canadiens, Caufield scored four goals.