KSTP Sports was at Hopkins high school Thursday night for the Class 4A football quarterfinal between Hutchinson and Simley. Hutchinson won, 40-0.

Note: Our photographer had to get to another game after Simley’s second drive

Hutchinson will take on Orono in the Class 4A semifinals next Friday at U.S. Bank Stadium. Orono was 2-6 in the regular season, but five of their losses were to 5A teams.

Becker and Kasson-Mantorville will play in the other 4A semifinal. 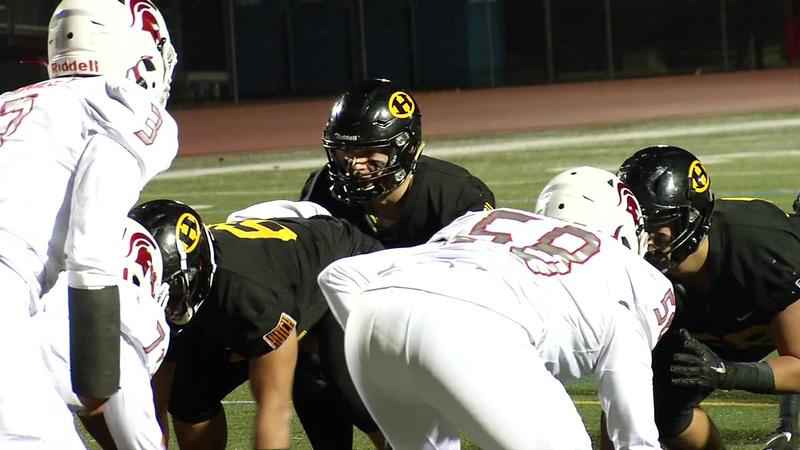 Hutchinson is moving on to the Class 4A semifinals after a dominating win over Simley Thursday.[KSTP/Scott Wise]