It’s a night Chet Holmgren won’t soon forget. He was named the Naismith Award winner for being the best high school basketball player in the country, then he helped Minnehaha Academy beat Minneapolis North.

***To see extended highlights of the Minneapolis North vs. Minnehaha Academy game, CLICK PLAY ABOVE***

Holmgren put on a show for the fans who were allowed to attend. He scored 22 points, had 12 blocks and 11 rebounds, as the Polars were handed their first loss of the year.

North took an early lead, but Holmgren and his teammates put on an offensive display that gave them a 21 point lead at halftime, 39-18. They built upon that lead in the second half to cruise to a comfortable win. 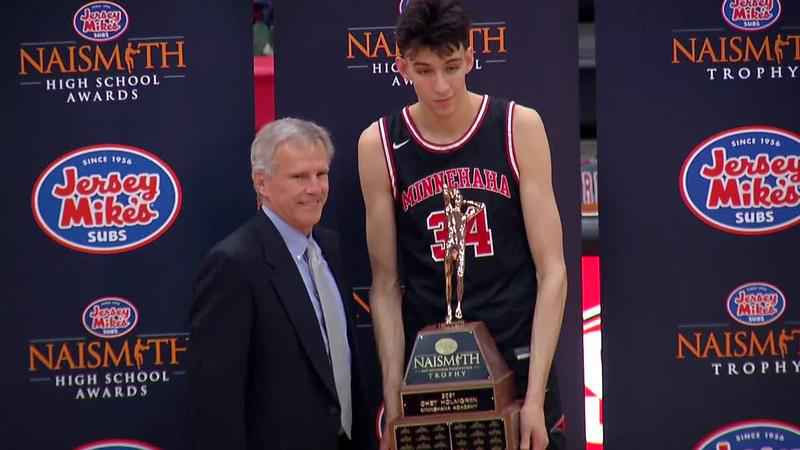 Minnehaha Academy's Chet Holmgren was honored with the Naismith Award prior to his game against Minneapolis North on Wednesday night. Minnehaha Academy beat North 82-47.[KSTP/Jeff Brioschi]