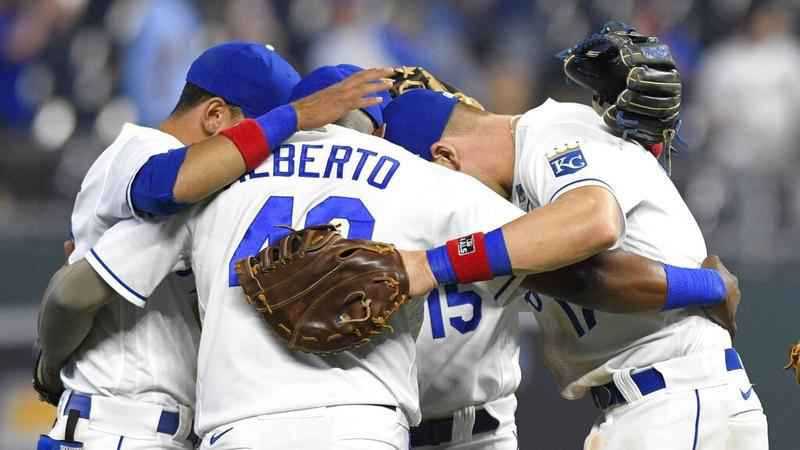 Salvador Pérez became only the fourth Kansas City player with consecutive multi-homer games and Jarrod Dyson scored the tiebreaking run in the seventh inning when centerfielder Gilberto Celestino made a pair of errors on a simple fly ball, helping the Royals beat the Minnesota Twins 6-5 Thursday night.

Pérez hit a 456-foot solo homer in the first and another solo and drive that just cleared the wall in the fifth off JA Happ. Pérez has 14 home runs this season and joined Ed Kirkpatrick in 1969, Darrell Porter in 1977 and Mike Sweeney as the only Royals with multiple homers in consecutive games.

With the score 5-5 in the seventh, Carlos Santana walked against Hansel Robles (1-2) leading off, and Jarrod Dyson pinch ran and stole second. Pérez popped out and Andrew Benintendi flied to center. Celestino cut in front of left fielder Trevor Larnach and dropped the ball, then threw the ball over second. The ball rolled all the way to first as Dyson came home.

Jacob Junis (2-3) won after allowing Josh Donaldson’s second solo home run of the night in the seventh inning, and Scott Barlow pitched two hitless innings for his second save this season and the fifth of his big league career.

Donaldson, who has seven homers, also went deep in the first off Kris Bubic, who allowed four runs — three earned — and eight hits in 4 1/3 innings.

Minnesota trailed 4-2 before Donaldson and Jorge Polanco doubled in the fifth and Miguel Sanó had a sacrifice fly. Polanco had three hits.

Happ gave up five runs and nine hits in five innings. He forced in a run in the third when he hit Benintendi on the back with a sinker, two days after Benintendi hit a grand slam off Pittsburgh’s Wil Crowe.

Minnesota’s Nick Gordon, playing his fourth big league game, had a run-scoring single in the second for his first big league RBI.

Kansas City recalled RHP Ronald Bolaños and optioned OF Edward Olivares to Triple-A Omaha. Bolaños was called up for a doubleheader on May 14 but has not pitched for the major league club this season.