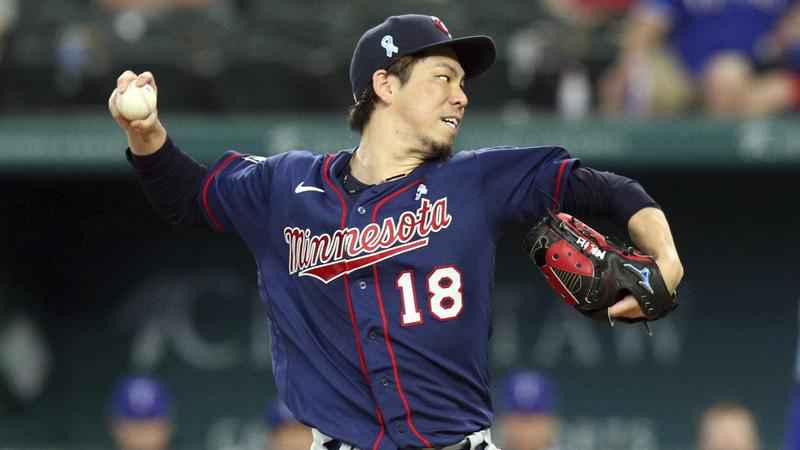 Byron Buxton launched an early two-run homer into the second deck, Kenta Maeda earned his first win since May 3 and the Minnesota Twins beat the reeling Texas Rangers 4-2 Sunday for their fourth straight win.

The Twins matched their longest winning streak of the season. Minnesota slugger Nelson Cruz exited with neck tightness after singling in the first inning and striking out on three pitches in the third.

Buxton, who returned to the lineup Saturday after missing 39 games with a strained right hip, hit his first home run since May 4. He connected eight pitches into the game, tagging Dane Dunning (2-6) after Luis Arraez led off with a single.

Maeda (3-2) was cruising before giving up back-to-back homers to Adolis Garcia and Gallo with one out in the sixth to end his day. He allowed five hits throwing 84 pitches in his second start since missing 20 games with a right adductor strain.

Relievers Tyler Duffey, Jorge Alcala and Hansel Robles held Texas scoreless over the final 3 2/3 innings on one hit and one walk. Robles earned his sixth save in eight opportunities.

Dunning gave up 10 hits in four innings, failing to win for his seventh straight start. His 18 first-inning runs this season are the most in the American League.

The three-game series sweep was Minnesota’s second of the season, the other coming May 24-26 at home vs. Baltimore. It was the Twins’ first road sweep since Sept. 24-26, 2019 at Detroit. … Garcia’s 18th homers are the most for a Rangers rookie before the All-Star break. He’s hit four vs. Minnesota in seven games. … Arraez, Andrelton Simmons and Larnach each had three hits. … Gallo, who won a Gold Glove last season, also had a two-base throwing error in the eighth inning.

Twins: 3B Josh Donaldson (calf tightness) missed his third straight game and is still being evaluated.