East Grand Forks, which came into the tournament as the No. 3 seed, wasted no time in putting points on the board in the second Class A quarterfinal.

Senior forward Landon Parker scored 25 seconds into the game to give the Green Wave a 1-0 advantage over unseeded Litchfield/Dassel-Cokato. Parker added his second goal of the game at 12:58 of the first period with assists coming from senior forwards Brody Schultz and Tanner Lubinski. East Grand Forks led 3-0 at the first break.

Schultz put East Grand Forks up 4-0 on an acrobatic goal from the lower right circle at 2:42 of the second period. Sophomore forward Jaksen Panzer scored the next three goals for the Green Wave, pushing their advantage to 7-0 at 5:31 of the third period. Senior defenseman Brandon Anderson had assists on two of Panzer’s goals.

Litchfield/Dassel-Cokato (10-9-2) tallied its only goal at 13:38 of the second period. It came off the stick of sophomore forward Caden Besemer, with assists coming from junior forwards Ryan Schutz and Jack Hillman.

East Grand Forks’ Schultz wrapped up the scoring at 12:27 of the third period with an unassisted goal. 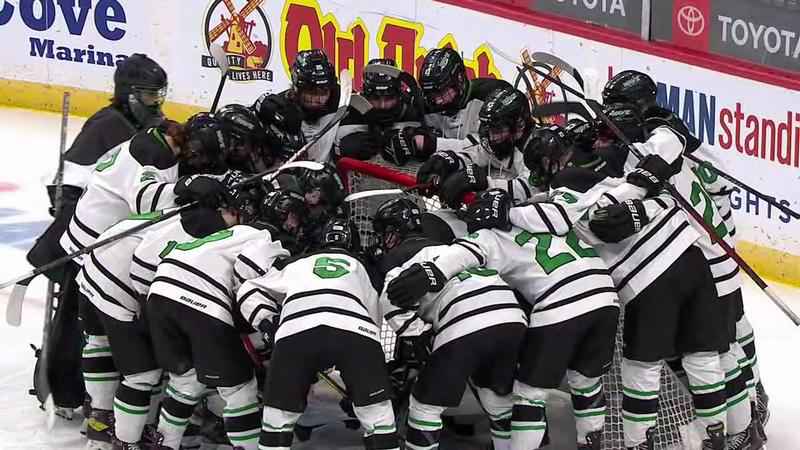