Minnesota Wild forward Matt Boldy will be with the team for the rest of the decade, according to the team.

Monday morning, the Wild announced Boldy has signed a seven-year contract extension worth $49 million that goes through the 2029-2030 season.

KSTP Sports spoke with Boldy and coach Dean Evason after practice Monday about the extension and more.

The 21-year-old has tallied 29 points (12-17=29) this season and is second on the team in shots, fourth in scoring, goals, power-play goals and power-play points this season. He also has eight multi-point games and two multi-goal games this season, both of which are fourth-most on the team. 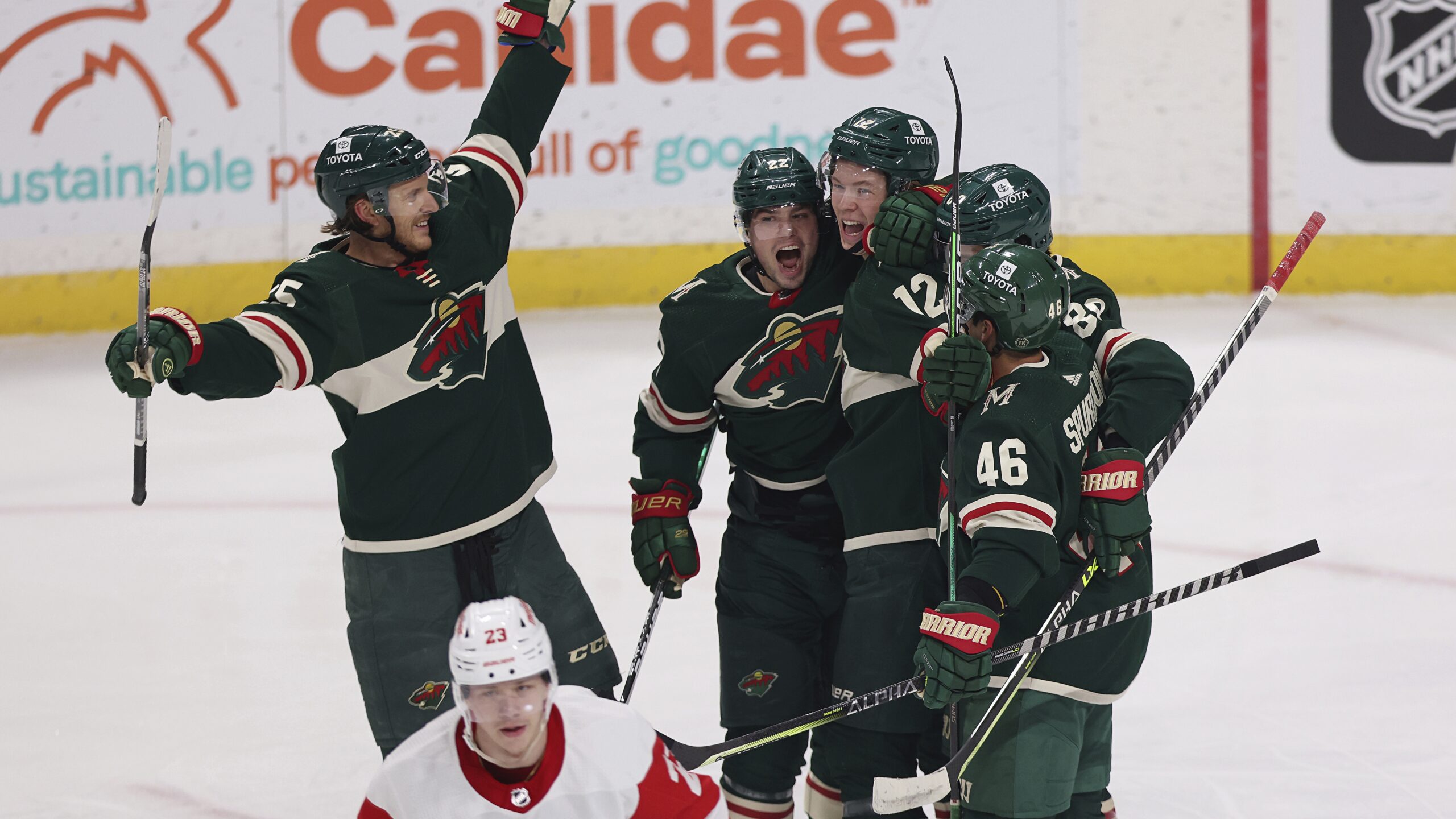 Minnesota Wild left wing Matt Boldy (12) is surrounded by teammates in celebration after scoring a goal against the Detroit Red Wings during the first period of an NHL hockey game Monday, Feb. 14, 2022, in St. Paul, Minn. (AP Photo/Stacy Bengs)

Boldy was chosen 12th overall by the Wild in the first round of the 2019 NHL draft and has played in 89 career games during two seasons.