Blake School grad Derek Hitchner didn’t join those legendary names on the Havemeyer, but came close enough to count it as a major personal victory.

Click the video box on this page to watch KSTP Sports’ interview with Blake-grad and current Pepperdine University 5th-year Derek Hitchner about his fantastic run at the U.S. Amateur and his bright future in golf

Hitchner qualified for the match play portion of this year’s U.S. Amateur by surviving a stroke-play playoff that had 15 golfers fighting for 11 spots on a single par-3 hole at Ridgewood Country Club in Paramus, New Jersey.

Advancing out of that nail-biter, Hitchner went on to win four straight match-play matchups over three days. That left him as one of four players to earn a spot in the semifinal round.

After taking two leads on Columbus, Georgia’s Ben Carr on the front nine of their semifinal match, Hitchner’s run ended when Carr surged on the back nine to win 3&2.

Despite the defeat, Hitchner drew plenty of confidence from the experience. He’ll need it, as he’s entering his fifth year on a Pepperdine University golf team that’s logged an NCAA Championship and national semifinal appearance the last year years. 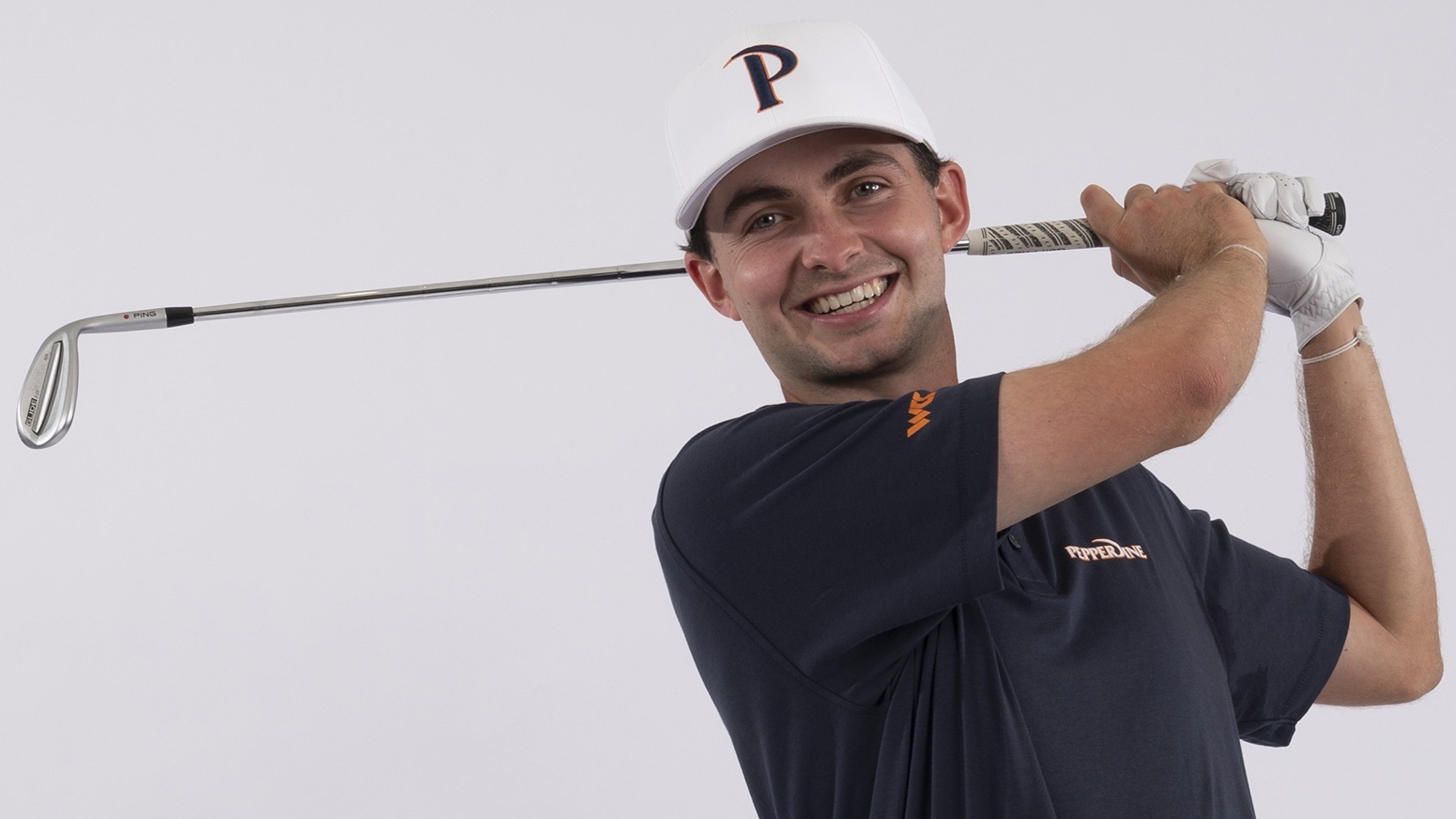 Hitchner, who grew up a 5-iron away from the Minikhada Club in Minneapolis, has been checking off mileposts as he’s advanced up golf’s ladder the.

His breakout performance on Minnesota’s golf scene came in a history-making performance at the 2016 State High School tourney. He won the Class AA State title with record-setting 10-under score that gave him an 11-shot win.

After winning the State High School title, big-time college golf programs came calling. Hitchner knew he had his work cut out for him when he decided to head to Pepperdine – a perennial NCAA power. One of his former Waves teammates – Sahith Theegala – is playing his rookie season on the PGA Tour.

Hitchner obviously hopes to hopes to join Theegala at some point. He’s returning to Pepperdine for his fifth year hoping to earn enough points to chase a spot in one of golf’s minor tours via the PGA Tour University program. The relatively new program awards membership in the Korn Ferry Tour, PGA TOUR Canada or PGA TOUR Latinoamerica to top finishers.

In the short-term, he hopes to help keep the Waves’ run of success going.

He was not selected to play on the Pepperdine roster that won the 2021 NCAA title, which served to motivate him as part of the 2022 team that made it to the NCAA Final Four. Hitchner was also named an All-American for the first time in 2022, ending the season ranked #48 in the Golfweek/Sagarin rankings.

He’s currently ranked #43 in the the World Amateur Golf Rankings.