The defending champions from Benilde-St. Margaret’s led 8-6 after three quarters in the championship game but No. 3 Prior Lake refused to give up. The Lakers went up 9-8 in the fourth quarter before Benilde sophomore Hunter Payer set up overtime for the Red Knights. Senior Mitch Dokman secured the 10-9 victory for Benilde-St. Margaret’s with his overtime goal.

The Lakers battled back in the fourth quarter with senior Eric Dueffert tying the score at 8-8 with 5:52 left in the game. Justin Simon, another senior, then put Prior Lake up 9-8 less than a minute later. After Payer’s tying goal, each team lost out on their final possession with an apparent Prior Lake goal disallowed with 13 seconds remaining in regulation. 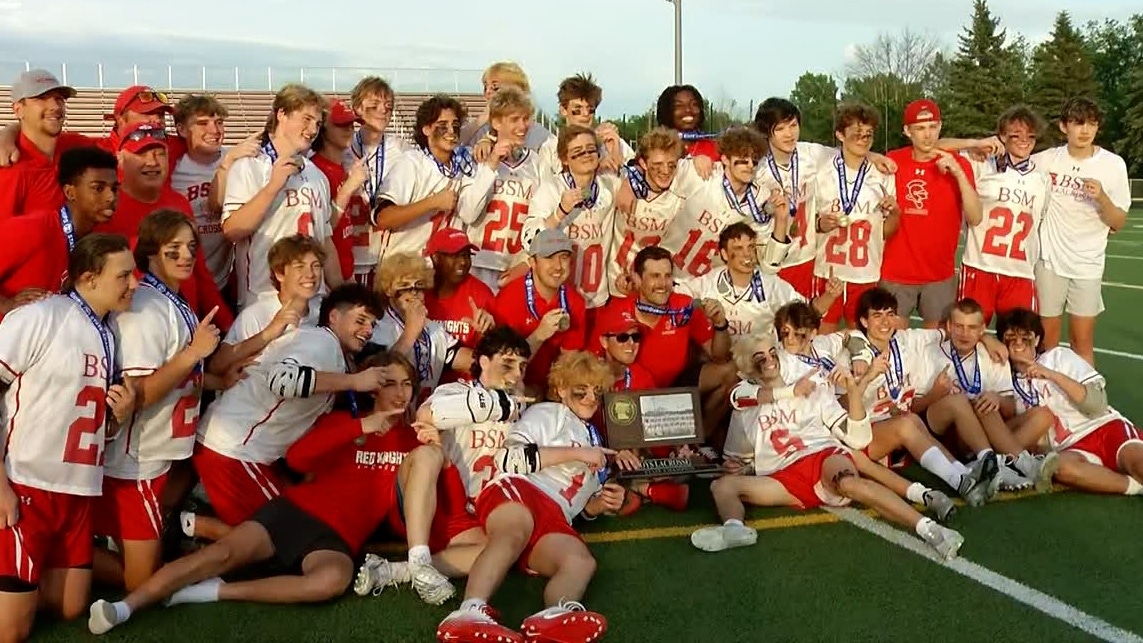 The Benilde-St Margaret's Red Knights pose with the Championship trophy after beating Prior Lake 10-9 in overtime to win the 2022 Boys State Lacrosse title.