The first official practice of the 2021-2022 Gophers men’s hoops season took place Tuesday, and KSTP-TV was there. Afterwards, we spoke with new coach Ben Johnson.

Johnson did get a couple hours a week to coach his team during the summer. The only players back from last year’s team are forwards Eric Curry and Isaiah Ihnen, with the latter out for the year with a knee injury. In other words, you’ll need a program to identify all the new players.

One expected starter and newcomer is Twin Cities native Jamison Battle. He was a double-digit scorer last year for George Washington.

The Gophers open the season Nov. 9 vs. Missouri-Kansas City. 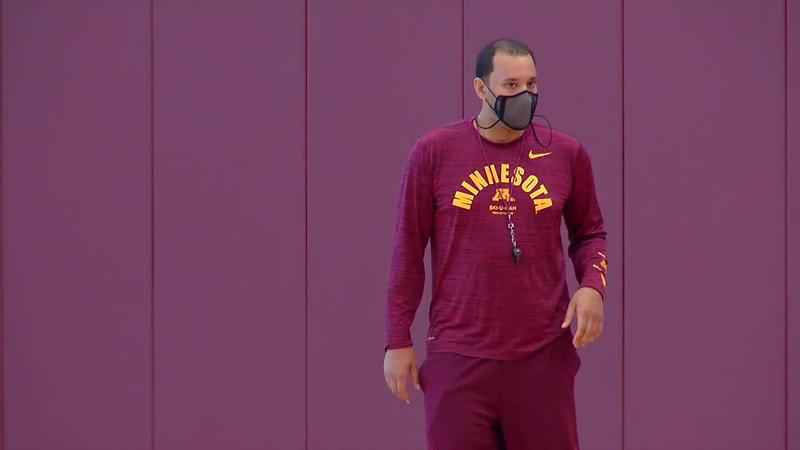