Astros pull away, win 11-3 in resumed game at Target Field 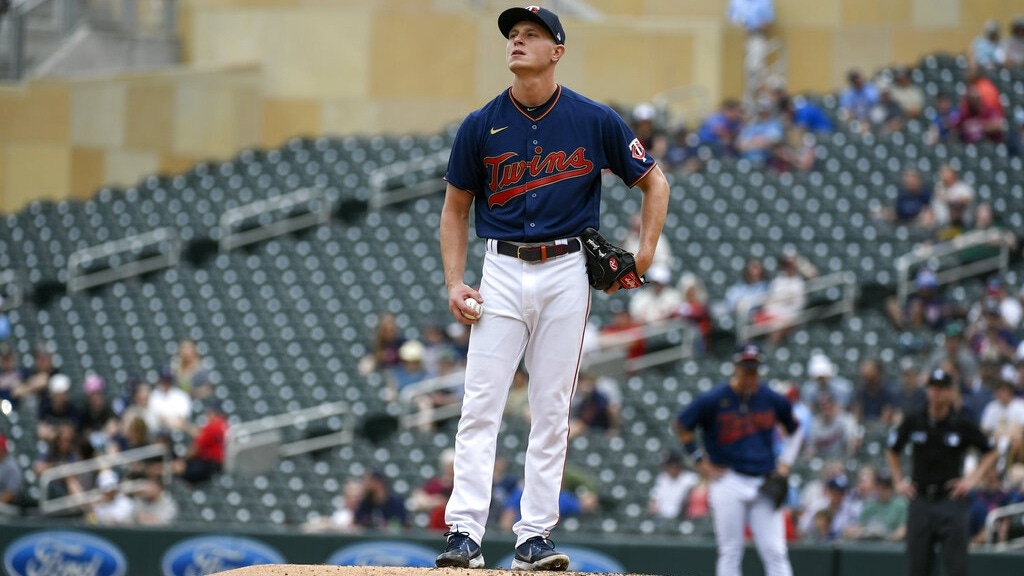 Minnesota Twins pitcher Cody Stashak takes a moment after the Houston Astros scored their fifth run during the sixth inning of a baseball game that was suspended after three innings Wednesday due to severe weather, Thursday, May 12, 2022, in Minneapolis. (AP Photo/Craig Lassig)

MINNEAPOLIS (AP) — Jose Altuve homered, doubled and drove in three runs as the Houston Astros piled on when play resumed, beating the Minnesota Twins 11-3 Thursday in the completion of a suspended game.

The Astros led 5-1 after three innings on Wednesday night when the game was suspended due to heavy rain and lightning. The teams were to play their regularly scheduled game later Thursday.

Twins manger Rocco Baldelli was back in the dugout on Thursday after missing a week due to COVID-19. Bench coach Jayce Tingler had been running the team in his absence.

Kyle Tucker also homered and Jeremy Peña had two hits and drove in three runs for the Astros, who have taken the first two games of the series.

Bryan Abreu (2-0) earned the victory in relief of José Urquidy, who gave up one run over three innings before the game was suspended. Abreu allowed one run and struck out four in two innings pitched.

When play restarted, the Twins closed to 5-2 on a sacrifice fly by Mark Contreras, who was making his major league debut.

But Houston quickly blew it open with a six-run sixth. The barrage started with Tucker’s solo homer, a high fly to right field. After Peña struck out, the next six batters reached base. Jose Siri and Martin Maldonado singled off Yennier Cano, who had come on in the fourth in relief of Archer.

Cano was replaced by Cody Stashak, who gave up consecutive doubles to Altuve, Michael Brantley and Alex Bregman. Yordan Álvarez singled and Tucker capped the burst with an RBI single.

Twins utilityman Nick Gordon, son of former major league pitcher Tom Gordon, made his first major league appearance on the mound in the ninth inning. He gave up a single to Peña, but retired Tucker on a popup and Siri and Maldonado on infield grounders.

Twins: INF Luis Arraez was activated from the COVID-19 IL before the start of Thursday’s scheduled game.

Astros: Houston will send RHP Luis Garcia (3-1, 3.45 ERA) to the mound to face the Twins in Thursday’s scheduled game. In his most recent start, Garcia allowed one earned run and two hits while fanning nine in seven innings against Detroit.

Twins: Minnesota will counter with RHP Josh Winder (2-0, 1.61), who has pitched six innings and allowed zero earned runs in each of his two major league starts. He struck out eight and walked none in a win over the A’s on May 6.