Austin Prock was the NHRA Rookie of the Year in 2019 and gets to work every weekend alongside the most legendary figure in his sport.

Prock, who drives for a team owned by drag racing legend John Force, visited KSTP this week ahead of the annual Lucas Oil NHRA Nationals at Brainerd International Raceway.

Click the video box on this page to watch KSTP Sports’ Chris Long chat with Austin Prock about the ever-present buzz when the NHRA visits Brainerd, the feeling of being strapped into a car going 330 miles-per-hour, and his amazing family legacy in motorsports

Prock heads to Brainerd looking for his first win of the season in the NHRA’s Top Fuel class that sees speeds above 330 miles-an-hour.

He was the fastest qualifier in the Top Fuel class on Friday, covering the Brainerd quarter-mile in 3.760 seconds (326.79 mph)

Force spotted Prock as he was coming up the ranks driving midget cars (oval racing) and offered him a path to drive in the NHRA.

Prock rewarded Force’s faith by earning NHRA Rookie of the Year honors in 2019. 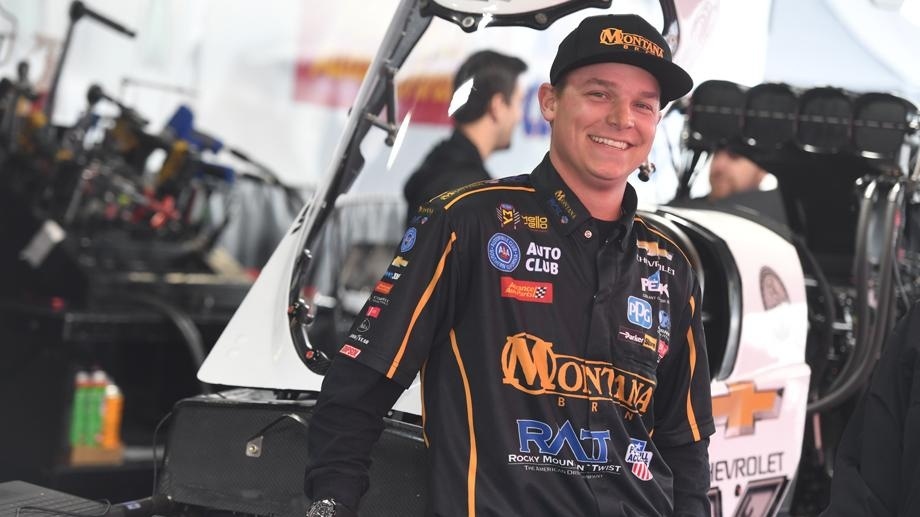 He’s a rare fourth generation driver, with a fascinating family history. His great-grandfather Jimmy raced on ovals in the infancy of motor racing. He was a riding mechanic in the days when cars in the Indy 500 had two people on board. He ran the Indy 500 four times with driver Chet Miller, finishing as high as 10th in 1931.

Austin’s grandfather Tom never knew his father, but still took up racing and eventually saw his son Jimmy – Austin’s father – grow into a role as an engineer, mechanic and crew chief.

Tickets are available for this weekend’s events in Brainerd. Part of the draw – aside from the amazing atmosphere – is that all tickets at BIR are essentially “pit passes”, with fans allowed to be up-close and personal with all the competing drivers.