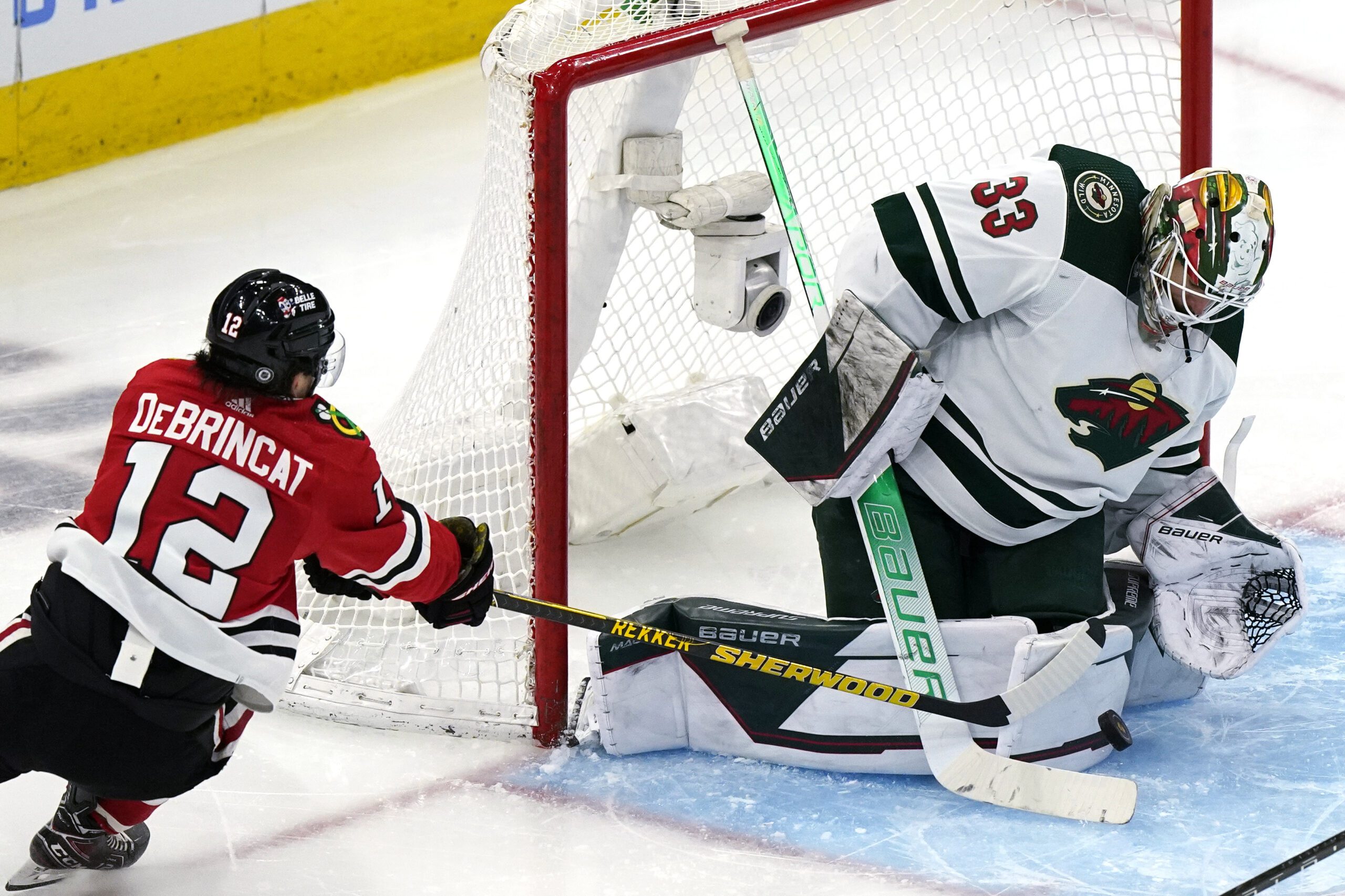 Cam Talbot made 30 saves for his first shutout of the season and the Minnesota Wild beat the Chicago Blackhawks 5-0 on Wednesday night to extended their points streak to 10 games.

Mats Zuccarello, Kevin Fiala and Frederick Gaudreau each had a goal and an assist for surging Minnesota. The Wild head into the NHL’s All-Star break on a 9-0-1 roll.

The 34-year-old Talbot, named an All-Star for the first time, had his 25th career shutout.

The Blackhawks lost their third straight and are 1-5-2 in their last eight. Marc-Andre Fleury allowed five goals on 30 shots before being relieved by Collin Delia late in the third.

Chicago played again without captain Jonathan Toews. He missed his third straight game because of a concussion.

Zuccarello has three goals in his last four games and points in 11 of his last 12, with six goals and 14 assists in the span. Fiala has nine goals and seven assists in his streak.

The Wild outshot the Blackhawks 13-8 in the scoreless first.

Talbot made a point-blank, sliding right pad save on Seth Jones in the final minute.

The Wild jumped to a 2-0 lead on goals by Gaudreau and Zuccarello 2:03 apart early in the second.

Gaudreau opened the scoring with a power-play goal at 4:54 when he ripped a screened shot from the right circle past Fleury’s glove.

Zuccarello added his 14th goal at 6:56. He was open at the low edge of the right circle and converted Jordan Greenway’s feed from behind the net.

Kaprizov made it 3-0 with 5:52 left in the second, scoring from the slot after taking Zuccarello’s short lateral feed.

Chicago’s Ryan Carpenter and Philipp Kurashev narrowly missed on close-in chances in the final moments of the second period. Minnesota’s Brandon Duhaime swept a loose puck from the goal line to help preserve the shutout.

Fiala and Sturm scored goals 1:24 apart midway through the third as the Wild pulled away.

At a pregame event for fans, Blackhawks owner Rocky Wirtz angrily rejected any conversation connected to the franchise’s response to former prospect Kyle Beach’s claim that he was sexually assaulted by then-video coach Brad Aldrich coach in 2010.

The town hall was supposed help the franchise improve its reputation. But it was derailed by Wirtz’s response when a reporter tried to ask Danny Wirtz, Rocky’s son and the team’s CEO, about what the organization was doing to address the power dynamic between players and coaches in light of Beach’s accusations.

“I’m going to answer the question, not Danny,” Rocky Wirtz said. “The people that were involved are no longer here. We’re not looking back at 2010, we’re looking forward. And we’re not going to talk about 2010.”

Wild: At Winnipeg on Tuesday night.

Blackhawks: At Edmonton on Wednesday, Feb. 9.