Thanks in part to help from current and former Vikings, the student-athletes and staff at Robbinsdale Cooper High School have a brand-new, state-of-the-art weight room that will serve as an exercise and gathering space for the entire school community.

The new gym is a result of a tireless, year-long fundraising effort by Cooper football coach Willie Howard and his staff.

Click the video box on this page to see video of the new weight training facility and Cooper High including comments from Cooper football coach Willie Howard – and Vikings receiver Adam Thielen and Vikings legend John Randle, who played big roles in funding the project

Howard envisions the new facility not only as a place his football team and other student-athletes can work out, but also a place the entire student body and faculty can gather and exercise as well.

Howard, who played for the Minnesota Vikings, tapped into a relationship he has with fellow Vikings alumnus John Randle to help connect with funding for the project. 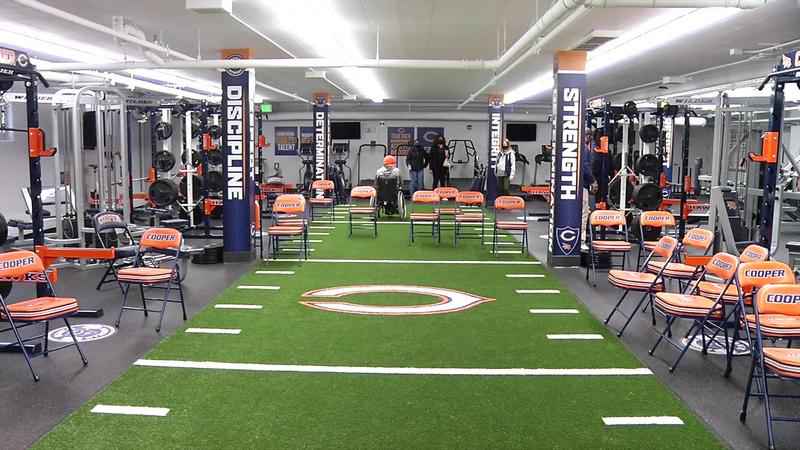 WATCH: Timelapse video of the transformation of the weight and training room at Robbinsdale Cooper H.S.

Initially, Howard started his campaign with a modest GoFundMe effort, but made massive strides once Randle connected him with backers able to contribute toward his effort.

With a projected cost of $150,000, Howard cleared the goal thanks to donations from current Vikings receiver Adam Thielen’s Foundation, the Robbinsdale school board and a large grant from locally-based off-road and power sports manufacturer Polaris.

Thielen and his wife, Caitlin, attended the ribbon-cutting ceremony, also using the event to announce their foundation’s sponsorship of five scholarships for Cooper student-athletes.