Deadlocked after two periods, Lakeville South dominated crosstown rival Lakeville North in the third period of the Section 1AA Championship. The Cougars’ four-goal outburst gave them a 7-3 win and a fourth trip to the State Boys Hockey Tournament in the last five years.

South headed into the game undefeated at 17-0-2 and ranked #1 in Class AA. The Cougars beat the Panthers 6-0 in the first meeting this season, but tied 4-4 in their second.

The Panthers firepower was undeniable, especially in the decisive third period. The Cougars finished with 42 shots on goal to 22 for the Panthers. 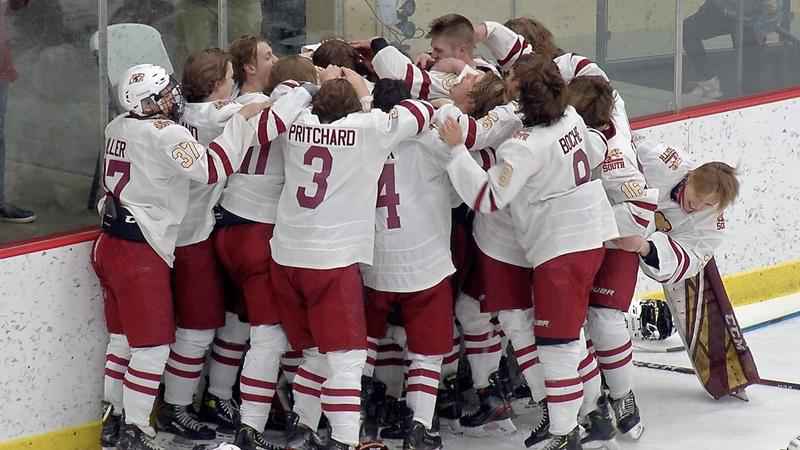 Lakeville North’s Skylar Vetter was a bright spot for the Panthers. Trying to become the first female to appear in the Boys State Hockey Tournament, the senior goaltender had 35 saves and was a prime reason North had the game tied through two periods.. Vetter will attend the University of Minnesota and skate for the Gophers in the fall.

With the win, Lakeville South will likely land the top seed for next week’s State Tourney in St. Paul. The seedings will be announced Friday morning.