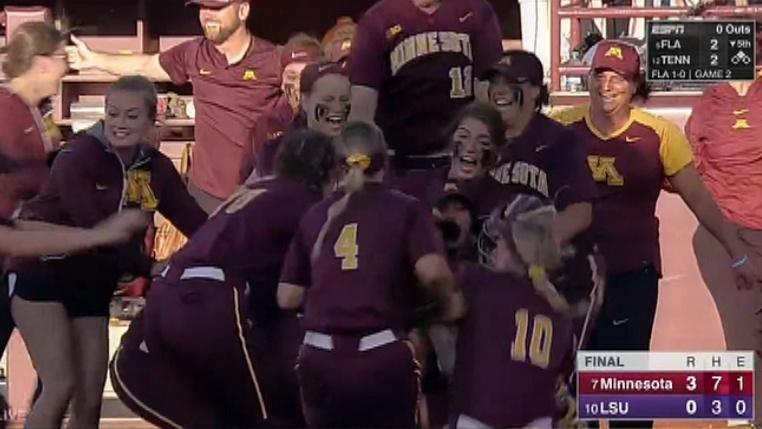 The University of Minnesota softball team’s 2021 schedule has been announced, as the Gophers will start the season in Florida at the end of the month.

The team will open its schedule in Leesburg, Florida from Feb. 26-28, and March 11-14, before returning to college campuses the weekend of March 26.

The games, scheduled to be at the Sleepy Hollow Sports Complex, will consist of six matchups in three days. The Gophers will play doubleheaders against Maryland (Feb. 26), Ohio State (Feb. 27), and Indiana (Feb. 28). The team will return to Florida in March and play Rutgers (March 11-12) and Michigan State (March 13-14).

Following the games in Florida, teams return to their respective campuses where games will be played in four-game series played over three days (Friday-Sunday). Minnesota will start its campus portion of the schedule on March 26 when they travel to Illinois.

According to the athletics department, for the first time in 678 days, Minnesota will play a collegiate softball game at Jane Sage Cowles when the Gophers host the Purdue Boilermakers, April 2-4. The team’s last home game dates back to May 25, 2019, when Minnesota hosted a 2019 Super Regional.

The Gophers will return to road action on April 9-11 when they travel to Northwestern before hosting Nebraska on April 16-18. Minnesota will be home for a second consecutive week when Iowa comes to town, April 23-25. The Gophers go back on the road from April 30 to May 2, when they travel to Wisconsin, and then will close out their home schedule when Michigan is in Minnesota, May 7-9. The team will then close out the season at Penn State, May 14-16.

Unlike past years, there is no Big Ten Tournament hosted this season.