We spoke with Gophers women’s basketball coach Lindsay Whalen on Friday, ahead of Saturday night’s home game vs. Ohio State. The Gophers are 9-8, 2-3 in the Big Ten, while the Buckeyes are 12-3, 4-2 in the Big Ten.

***Click the video box above to watch our conversation with Whalen***

The last time the Gophers and Buckeyes faced off was February 2021 when Minnesota lost in Columbus 83-59. Kadi Sissoko led the way offensively with 13 points and nine rebounds in 24 minutes. Sara Scalia (12) and Klarke Sconiers (12) also scored in double figures.

The Gophers are coming off a 16-point victory on the road on Wednesday night against Wisconsin (3-12, 0-5 B1G). Whalen returned to the sidelines after missing two games (appendectomy). Jasmine Powell also returned to the lineup (family matter) to bolster the Gophers’ offense. Redshirt junior forward Kadi Sissoko had one of her best all-around performances of her career notching 16 points, 8 rebounds and a career high 8 assists in the win.

Sara Scalia extended her double figures scoring streak to seven with her performance against Wisconsin. 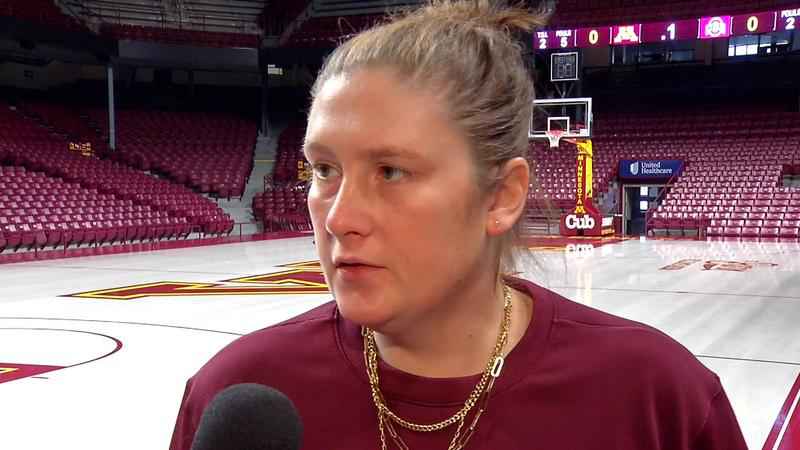 Gametime at the Barn Saturday is set for 5 p.m.