Tornado warnings have been issued for several parts of eastern Minnesota and western Wisconsin. This list will be updated throughout the evening, and you can view all watches and warnings on our Weather Alerts page:

Meteorologist Matt Serwe reports a tornado watch was issued Monday afternoon for an area that included the Twin Cities metro. By 7 p.m., the watch area had been relegated primarily to northwestern Wisconsin.

As of 5:45 p.m., Serwe said radar indicates residents who live west of Interstate 35 are “in the clear” from the severe weather front.

Serwe stated a warm front could bring about the return of severe storms Monday afternoon and evening.

The next band of storms is expected to get to the Twin Cities metro area at around 4 p.m., moving east into Wisconsin in the evening. Similarly, those storms could bring strong winds and hail.

Earlier Monday, Serwe said there were initial reports of baseball-sized hail falling in northwestern and western parts of the state. He later stated the expected hail size dropped to about 1.25 inches in size, adding the hail was still large enough to do some damage to cars.

Crews in Isanti County reported there were multiple trees and power lines down throughout the county, adding emergency personnel were responding. Additionally, Chisago Lakes High School sent students home early due to a power outage.

Meanwhile, according to the National Weather Service (NWS), wind gusts up to 50 mph were expected to move through portions of central, north central, northwest and west central Minnesota and northeast and southeast North Dakota. 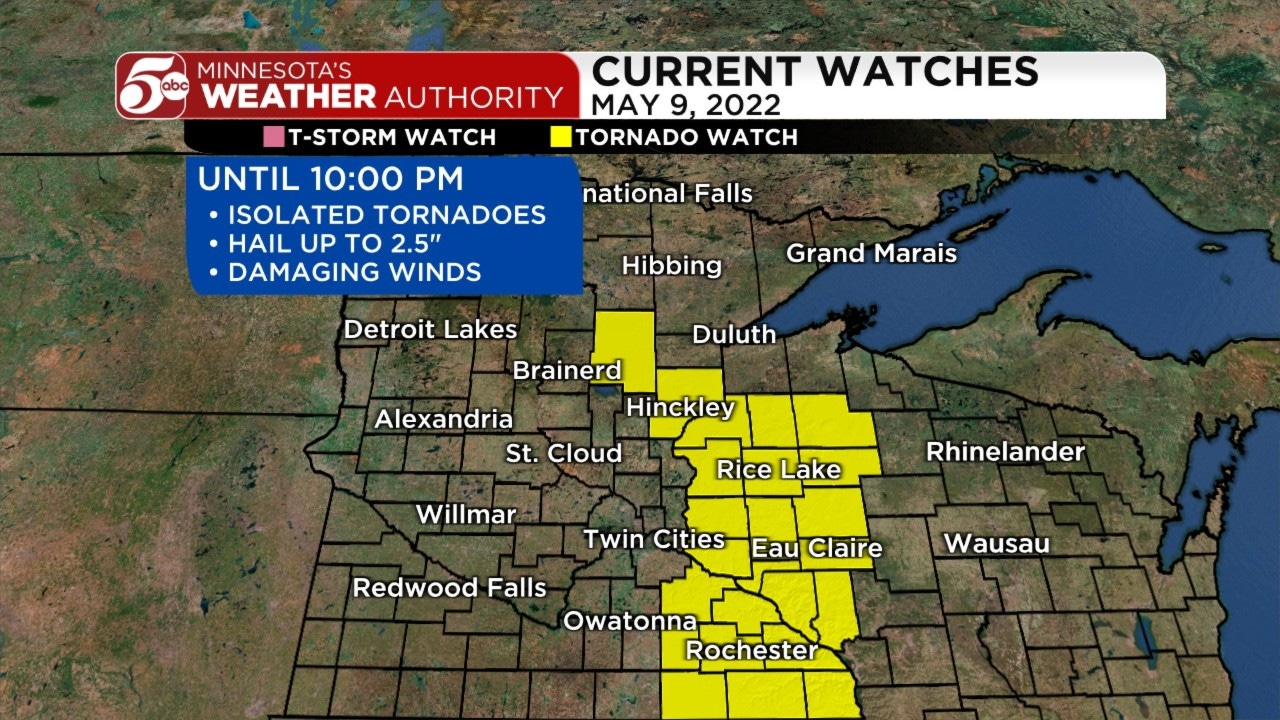