Minnesotans will want to be weather aware on Thursday, especially later in the day.

The Storm Prediction Center (SPC) says the southeast corner of the state—including the cities of Albert Lea, Rochester and Red Wing—as well as parts of Wisconsin and Iowa, are in an enhanced risk (Level 3) for severe weather.

5 EYEWITNESS NEWS Chief Meteorologist Ken Barlow said Thursday morning the main chance for severe weather is expected to the south and east of the Twin Cities Thursday evening and later.

During 5 EYEWITNESS NEWS AT MIDDAY, meteorologist Jonathan Yuhas provided an update, saying isolated storms will be possible in the metro area from 12-2 p.m., and conditions will become more humid during the afternoon.

Storms will then redevelop after 3 p.m., according to Yuhas. He says the greatest risk for severe thunderstorms with a tornado risk is from 3-8 p.m. from Mankato northeast to Faribault, Northfield, Cannon Falls, Red Winds and suburbs to the south of downtown Minneapolis and St. Paul, as well as south to the Iowa border and western Wisconsin. Other cities included in this area include Burnsville, Hastings, Red Wing, Rochester, Cannon Falls in Minnesota, as well as Hudson, River Falls and Eau Claire in Wisconsin.

Any storms which may develop after 3 p.m. will have a risk for damaging winds and hail. Rain and non-severe storms are expected across central and southern Minnesota overnight. 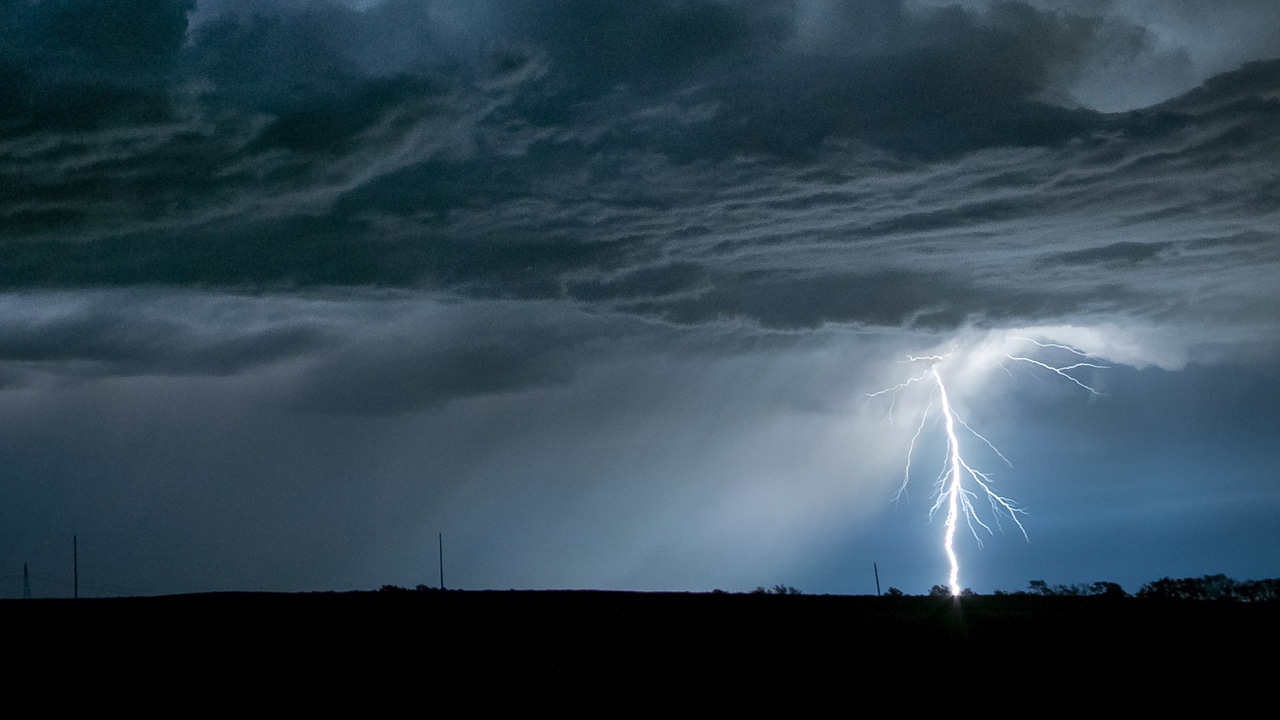 Meanwhile, the SPC says an area stretching from Worthington, Mankato, the Twin Cities and Hayward, Wisconsin are in a slight risk for severe weather, or a Level 2.

The SPC adds southwest, central and parts of northeast Minnesota are under a marginal risk, or a Level 1. This area stretches from the southwest corner of the state north along the South Dakota border to Fergus Falls, and then northeast covering Brainerd and Duluth.

You can find our severe weather guide by CLICKING HERE.

The northwestern part of the state—an area that stretches from Fergus Falls north and east to Detroit Lakes and Grand Rapids to Lake Superior—is expected to see general thunderstorms.

Hubbard Broadcasting affiliate WDIO-TV reports in northern Minnesota, more than 2,500 Lake Country Power customers were without power Wednesday. The National Weather Service in Duluth reported winds of up to 70 mph were possible, and issued both severe thunderstorm and special marine warnings.

Northern Minnesota is also experiencing flooding. WDIO reports the Cloquet River is flooding to dangerous levels, with water as deep as 6 feet in some places, and residents are concerned water will cut off access to the road.

Meanwhile, parts of the Twin Cities metro and east-central Minnesota saw hail, followed by a rainbow – and in some cases, a double rainbow.

Check out the viewer photos sent in following the storm aftermath below.