Severe thunderstorm watches and warnings that were in place for southern Minnesota Tuesday evening had ended by Wednesday morning, however, the storm system that caused the storms is continuing to slowly move across the region.

5 EYEWITNESS NEWS Chief Meteorologist Ken Barlow says winds may gust up to 50 mph Thursday, and a mix of snow and rain is possible. He adds that if there is any accumulation, it will be on grassy surfaces.

Meanwhile, snow is continuing to fall to the north and west. A Winter Weather Advisory is in effect until 7 p.m. Thursday for East Polk, Lake of the Woods, North Beltrami and North Clearwater counties, according to the NWS. Those areas could see wind gusts of up to 40 mph, as well as 2-4 inches of snow. 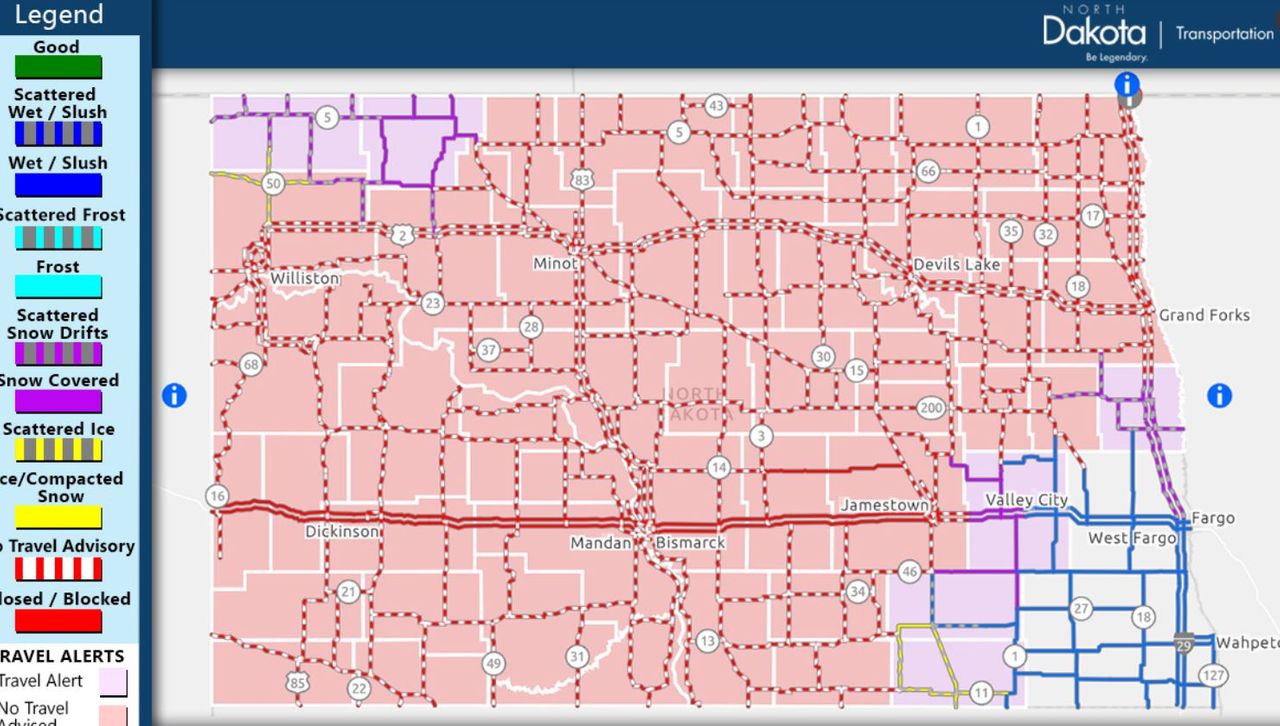 North Dakota travel conditions for the morning of Wednesday, April 13.

The NWS also issued a Wind Advisory for southern Cook County, as well as the North Shore area, where sustained east winds of 20-30 mph are expected, along with gusts of up to 50 mph.

Even further west, a Winter Storm Warning is in effect for counties bordering North Dakota, where a Blizzard Warning has been issued for nearly the entire state.

The North Dakota Department of Transportation (NDDOT) says Interstate 94 is closed from the Montana border to Jamestown, which is located between Fargo and Bismarck. In addition, travel alerts and no travel advisories are in place across the state.